Minimum requirements to run 1953: NATO vs Warsaw Pact on PC

If you are looking to run 1953: NATO vs Warsaw Pact on your PC, it's good to take a look at the minimum requirements and see if you can REALLY run it. 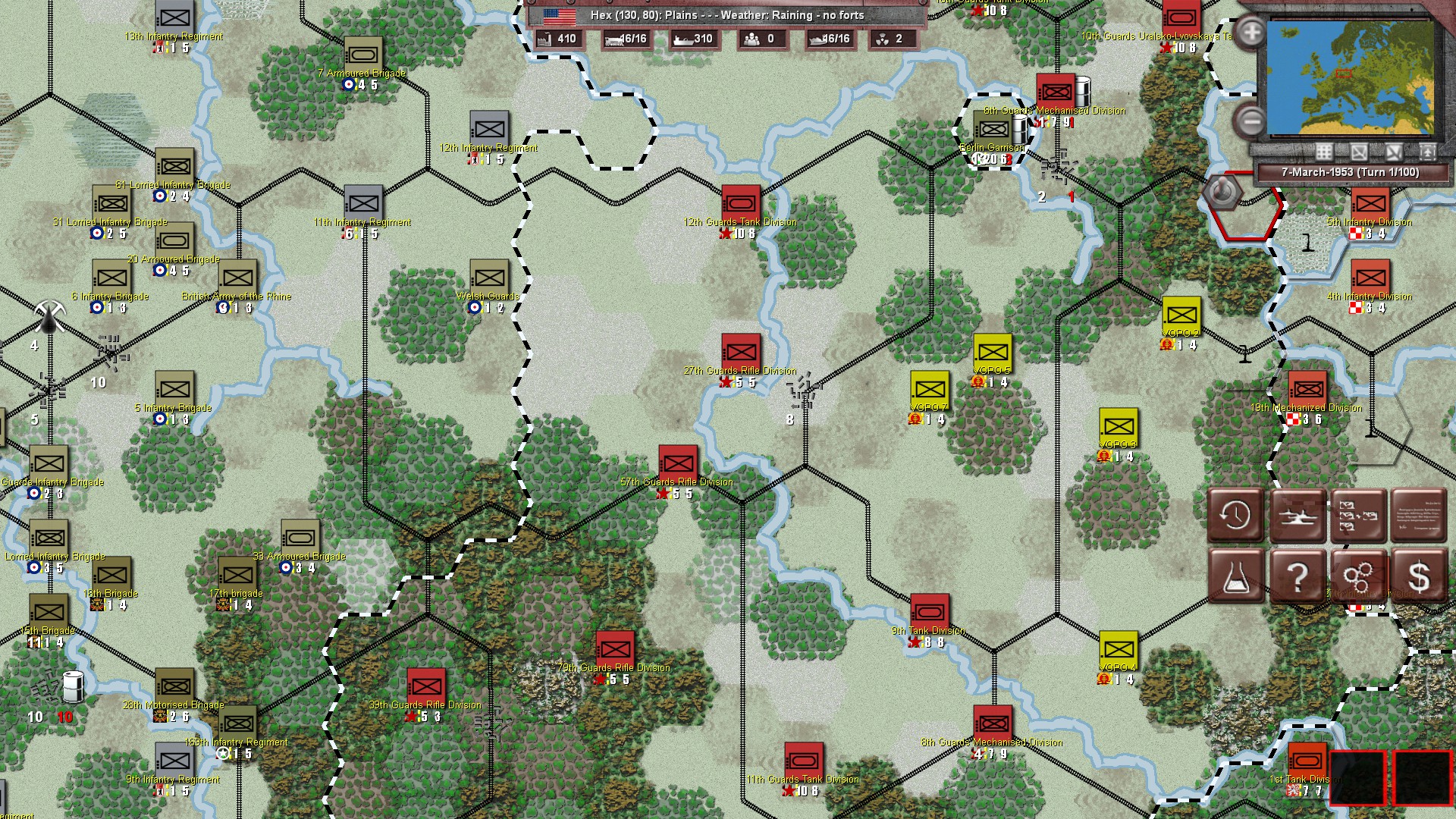 1953: NATO vs Warsaw Pact is a strategic game about potential Cold War conflict just after the Stalin’s death. When the cruel tyrant has gone, Soviet warmongers has been finally able to start war with rotten West. With the nuclear power in the hands of both sides there is a huge possibility to end the world as we know it. How this ends, depend only on the action taken by both sides. World War III becomes a reality, will once again this conflict become a panzer corps’ clash of steel, or maybe the strategic command will decide to nuke the enemy out of the globe.Description1953: NATO vs Warsaw Pact is a classic wargame dedicated to the hypothetical conflict between West and East. Something what we have been reading so many times. Take a command over the whole alliance or just focus on leading single country. In the game player is able to control any single country or any combination of countries and easily adjust difficulty level for each of them separately. The game introduces the historical forces and economical potential in the post war Europe and a number of events which might actually happen if such conflict would arise.Features:A huge campaign map spanning the entire European theater with more than 40,000 hexes and massive armies with hundreds of units. Epic Campaigns covering the entire war starting from 1953 Play against yourself, you can take the lead over two opposing factions Use Diplomacy points to influence the war readiness and war entry of neutral nations. It’s even possible to cause coups changing the governments completely or to control your own populations ambitions for war. Technology system with 5 areas of research. Upgrade obsolete units to modern weaponry. Invest the atomic bomb and destroy the enemies will to fight or just make their cities to evaporate. Play as any country, or any combination of countries with the AI controlling the rest. Fight the war as just the UK or maybe you fancy your luck as Romania, Hungary & Bulgaria! 30 playable nations. Fog of war, dynamic weather, supply and many other factors give player realistic decisions to make throughout the war. Use your resources to buy new units, repair, maintain and upgrade them, to research new technologies, invest in strategic movement, naval transport and amphibious landing craft. Use strategic weapons to damage the enemies infrastructure. Use convoys to keep cities and armies supplied. Detailed & historical orders of battle with historical names for hundreds of land, air and naval units for full immersion.