If you are looking to run Ace of Spades: Battle Builder on your PC, it's good to take a look at the minimum requirements and see if you can REALLY run it. 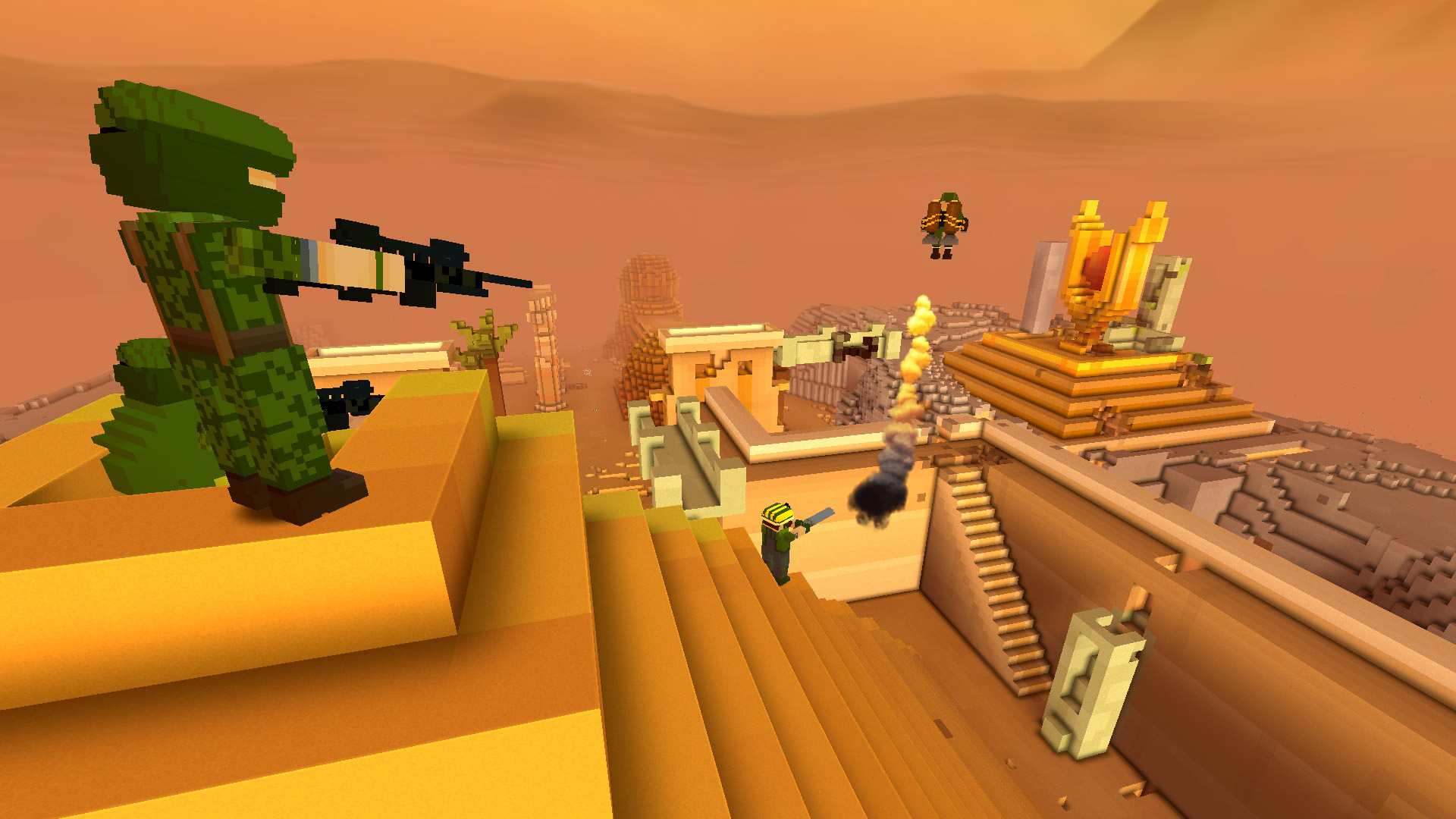 Ace of Spades: Battle Builder is a voxel-based first-person shooter with sandbox elements. ###Gameplay The gameplay mixes class-based FPS with the Minecraft-like sandbox. All of the game's maps are made of blocks that players can manipulate. There are five classes available for a player: Commando, Marksman, Engineer, Miner, Gangster. Each of them can build structures with blocks as well as dig through them. However, every class has its distinct set of weapons and abilities. The engineer uses jetpacks to fly over the map and quickly reach enemies’ bases, Miner digs faster than any other class, Marksman uses long-ranged rifles, Gangster can throw Molotov cocktails that set area on fire and commando uses assault rifles and rocket launchers. ###Game modes There are several game modes in Ace of Spades Some of them are typical for multiplayer shooters: Team Deathmatch, Capture The Flag, Territory Control, King of the Hill. Several game modes take advantage of the game’s unique features. In Demolition, your team has to destroy the enemy base and protect yours. In Diamond Mine, you have to bring a diamond to the particular drop-off point. The diamonds are hidden in blocks so to find it players have to dig through terrain and destroy blocks. In Zombie mode one of the players becomes a zombie and must kill other players. Zombie is faster and stronger than any other class in the game, so all the other player has to team up to defeat it.

Ace of Spades: Battle Builder is avaible for macOS and PC.