Minimum requirements to run Age of Giants on PC
ExploreFresh

Minimum requirements to run Age of Giants on PC

If you are looking to run Age of Giants on your PC, it's good to take a look at the minimum requirements and see if you can REALLY run it. 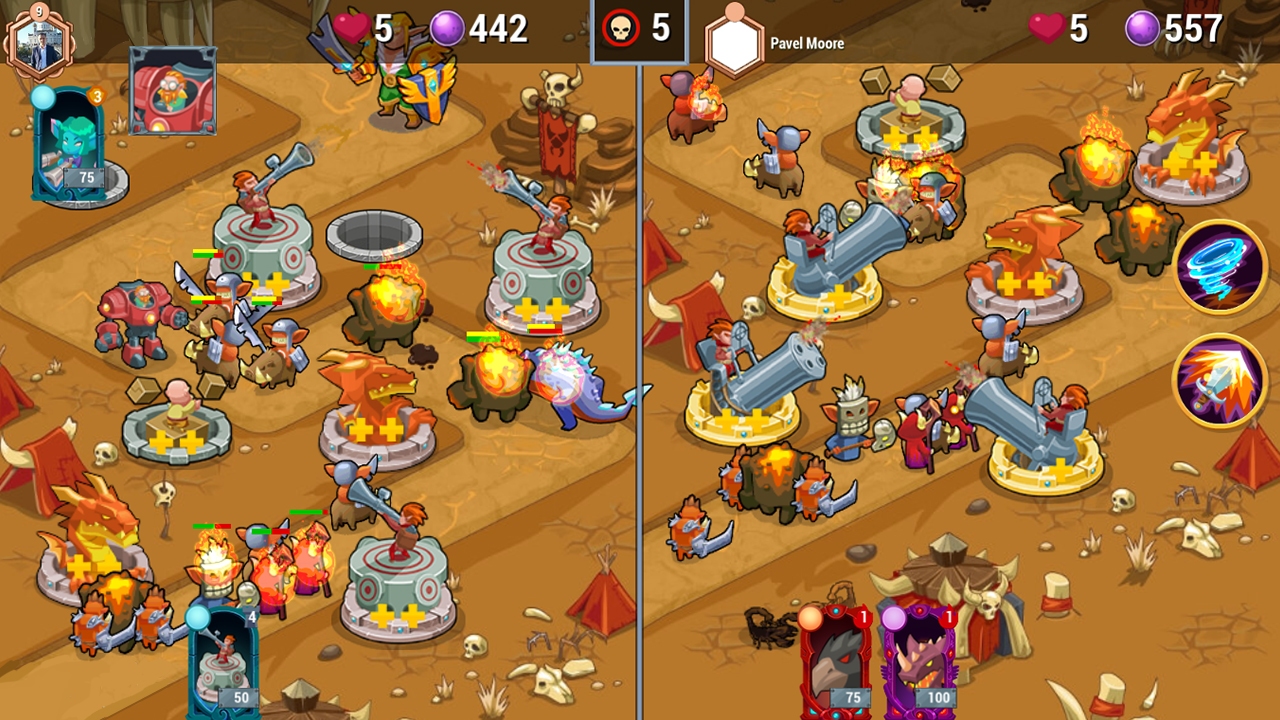 It's an Adventure game, Tower Defense challenge that lies within a Magical Fantasy World. Years ago, the kingdoms of man were put to the test in a war that lasted decades. Only with the aid of mighty Giants, powerful leader heroes with great charisma, ancient magic, cunning Advantage strategy and a rush of inspiration of great leaders was mankind & elves able to defend itself and repel the Orcs onslaught.Peace ensued, but not forever. Scouts reports that demon power is rising at the edge of our Kingdom. Lead your army in a world of a magic battlefield with Giants with ironfist, goblins, orcs, dark sorcerer frost witches with magical cloak, wyverns, camel, horrible creatures such as cursed behemoths, slime spiders, and even toy battle machines & Zeppelin! Armageddon Be cautious, they will fight back - they have unique Abilities that will surprise you in the Battle and You have the Advantage. Adventure magical fantasy world where epic heroes fight along with mighty elves giants and Warlords in a war to defend the kingdom with top frustrated strategy and a rush of inspiration in the battlefield.warriors! Get your Shovel and Dig your graves were going Belo and searching for the Devil's Roots no Retreat You have the Advantage. Use a huge variety of powers and abilities to vanquish wave after wave of menace for over 30 levels win all and unlock secret regime and You have the Advantage. Travel through elven colossus woods, the vast valley of bones, lush snow valley bone, Spire sky temple and Epic Enchanted forest, as you face off against Armies of Relentless hordes, Thrower Elemental goblins, cruiser skeletons, Behemoths and more. Call to Arm leader! Deploy rapid-fire archers, defender! Carve walls on the map with a world of Elixir magic! Fire roaring Cannon, catapult & bazooka! Summon allies! The Allied Kingdoms struggle to survive. Woods Burn & explode. The common folk Fairly suffer. Devastation is happening! The Allied fortified Kingdoms have one choice: defend, defend, defend your Childhood kingdom. Are you ready? None shall pass Burn & Stab them all! Lead an army of a MASSIVE giant monster into epic joyful strategic battle and SMASH swarm invader orcs to the ground in the most ADDICTING & joyful strategic real-time strategy game. Build your towers from a small tower into a MIGHTY metropolis! Create POWERFUL monsters! DESTROY, smash & nuke cities & Compete for giant world domination! Mighty invaders smash shameless Bellini orcs To protect & grants the land of Ada.Eccentric Evil & Armageddon Revolve around the Kingdom and will exploit you.Age of Giants free games offers a variety and challenge. Overcome incredible odds with strategy and wit! Recruit legendary Giants with deadly tornado abilities along the way and powerup your heroes to nerf evil in this standout tower defence game. Polished game castle, Unique Features about this Age of Giants best strategy games free TD:- - 5 unique territories to defend with action fun - 30 levels - Prestige system with 5 difficulties - 7 upgradeable towers Turret. - 3 upgradeable charismatic heroes - 3 fully customizable Defender giants - Elves healer, Mothership, Dragon - Epic magic battles - Unique diverse bosses and enemies with awesome abilities