If you are looking to run Armajet on your PC, it's good to take a look at the minimum requirements and see if you can REALLY run it. 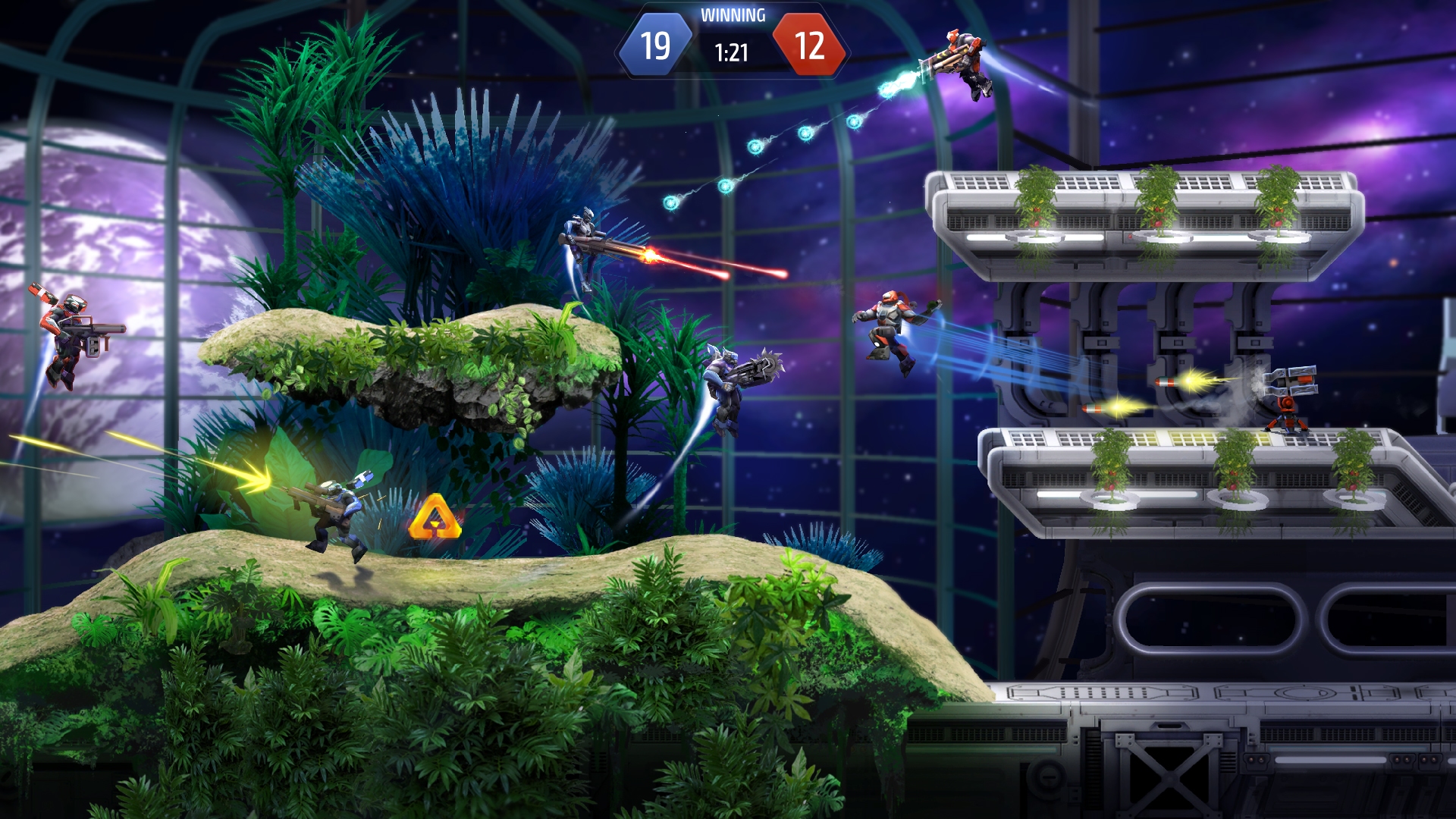 Always free, never pay to win, Armajet is the premier game for competitive multiplayer jetpack combat! We love fast paced, competitive multiplayer and wanted to create a game that players could jump in and out of easily and quickly but also get lost in for hours. We've spent a lot of time and effort balancing the game so that it would be fair and have a progression system that's based around specialization and customization. You Can Take It With You! Armajet is built on the Neon real-time physics and netcode engine, a proprietary platform specifically designed for low latency, synchronous multiplayer across the PC and mobile devices. We specifically built the weapons and control schemes so that people could play with each other cross platform. In addition, you can take your progress with you on your mobile device of choice. Play the way you want! Find your favorite weapon and stick with it -- we've built a satisfying progression that will allow you to personalize your favorite gear! Key Features Fast-paced skill-based action in short 4-minute rounds Up to 8-player online real-time multiplayer battles Intuitive controls that are easy to learn, hard to master Deep player progression system featuring leveling up and stats Secure “Super Bit ID” account system to link progression across devices Deploy devastating ultimate abilities such as sentry turrets, drones and airstrikes In-game integrated friend system to join live matches and play together Global leaderboards with season play Supports >120 FPS monitors Challenging bot AI to fill in matches for uninterrupted play and short matchmaking waits 6 maps featuring different biomes (jungle, snow, volcano, desert, metro, space) Over 700 weapon modifications to unlock

Armajet is avaible for iOS, macOS and PC.