If you are looking to run Catsapults on your PC, it's good to take a look at the minimum requirements and see if you can REALLY run it. 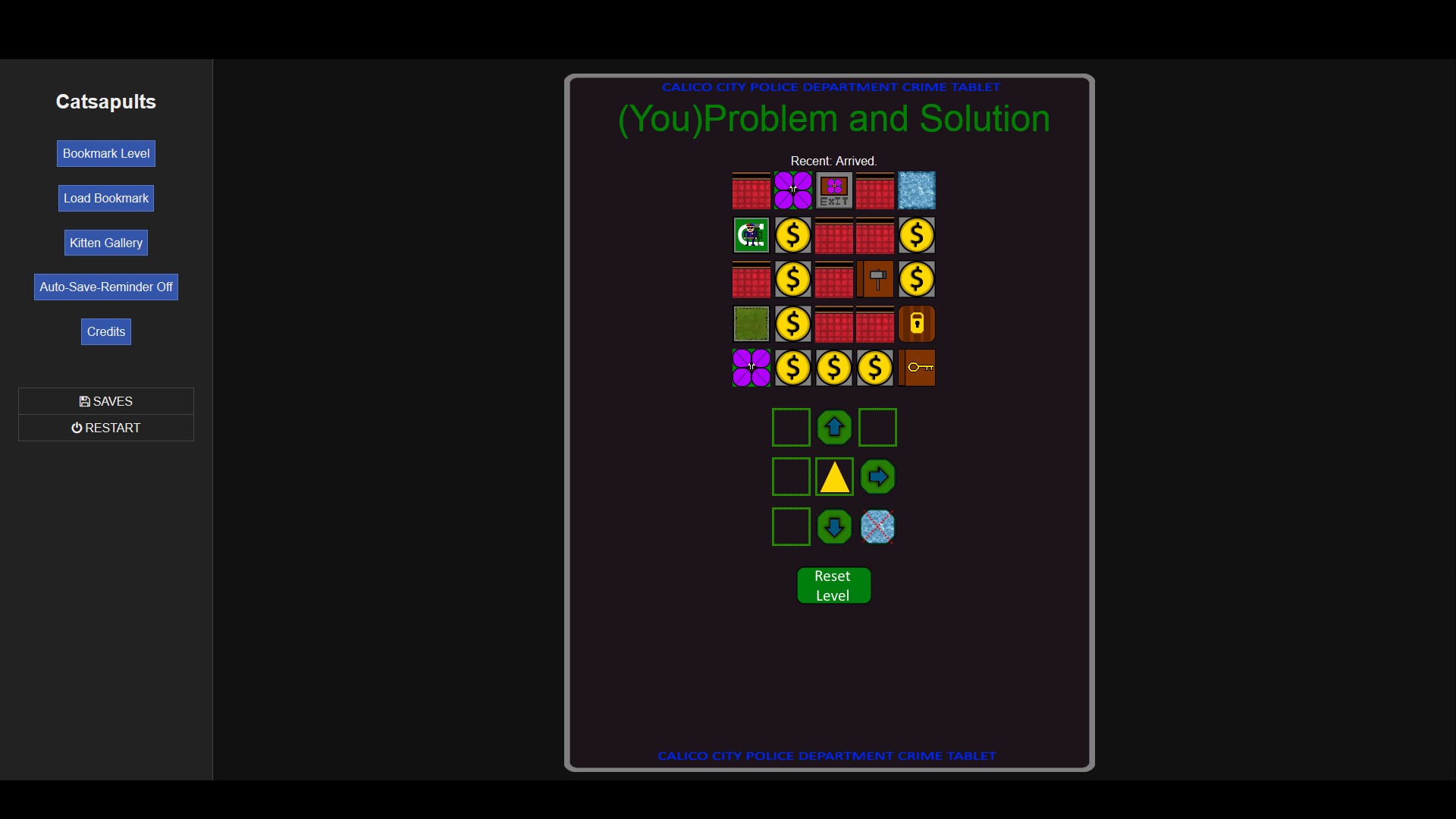 An evil leprechaun has stolen a woman's tree and it's your job as a police officer specializing in leprechauns to apprehend him. It will not be an easy task! The Leprechaun and all his leprechaun friends have laid siege to Calico City using their clover-based-magic. Do you have what it takes to save Calico City from the leprechaun menace? What if I tossed in purring kittens? Features: 100+ handmade puzzles ranging from easy to hardcore. Super Build Mode: An end game randomly generated level editor reward. 11 awesome sound tracks and 11 themes. Cool sprites and character art. Each theme introduces new characters, traps, and tools like the teleporter device and a coin operated hammer for building things. 40 Achievements Game Save System Boss battles. Developer Commentary: Last year I began learning how to program, it was something I had always wanted to do. I used the Twine Interactive Fiction Engine to experiment and learn. I started off with simple tests, which eventually evolved into large games: A train game, where you were stuck on a train and you could shovel coal and drink tea and look out the window at the random scenery selected for that day. It was quite zen. I also created a game based on Edgar Alan Poe's, 'The Raven.' It was an educational game that sought to take a really long poem and dissect it with comics, gifs, and mini-games. People liked it, and I had a fun time dressing up ravens in various costumes for it. Those games were more art than game according to the community. That was a fair opinion, the mechanics were as limited as my knowledge. I wasn't satisfied to just create art though. I wanted to make a game that was unmistakably a game. I set a goal, I was going to make a 100+ level game with maps and mechanics and puzzles. I wasn't going to take a whole decade either, I made an effort to work on it every day, even if I was tired so that I could someday finish it. At first I didn't even know how to make a map. Then I discovered arrays and how to use them. It was magical seeing my character walk around on the map I put together. I spent all day at work coming up with theories as to how I could implement the various features I wanted to put in the game. Errors. Errors. Constant errors. I'd spend all day just trying to get one thing to work. My determination paid off and the mechanics I kept hammering at started to work. Usually at that point they were clunky and flawed. I'd end up completely re-doing them, but I didn't mind, every error was a chance to learn better techniques. I hope that the love put into the game makes it all the more enjoyable to play.

Catsapults is avaible for ['PC'].