If you are looking to run Dead Exit on your PC, it's good to take a look at the minimum requirements and see if you can REALLY run it. 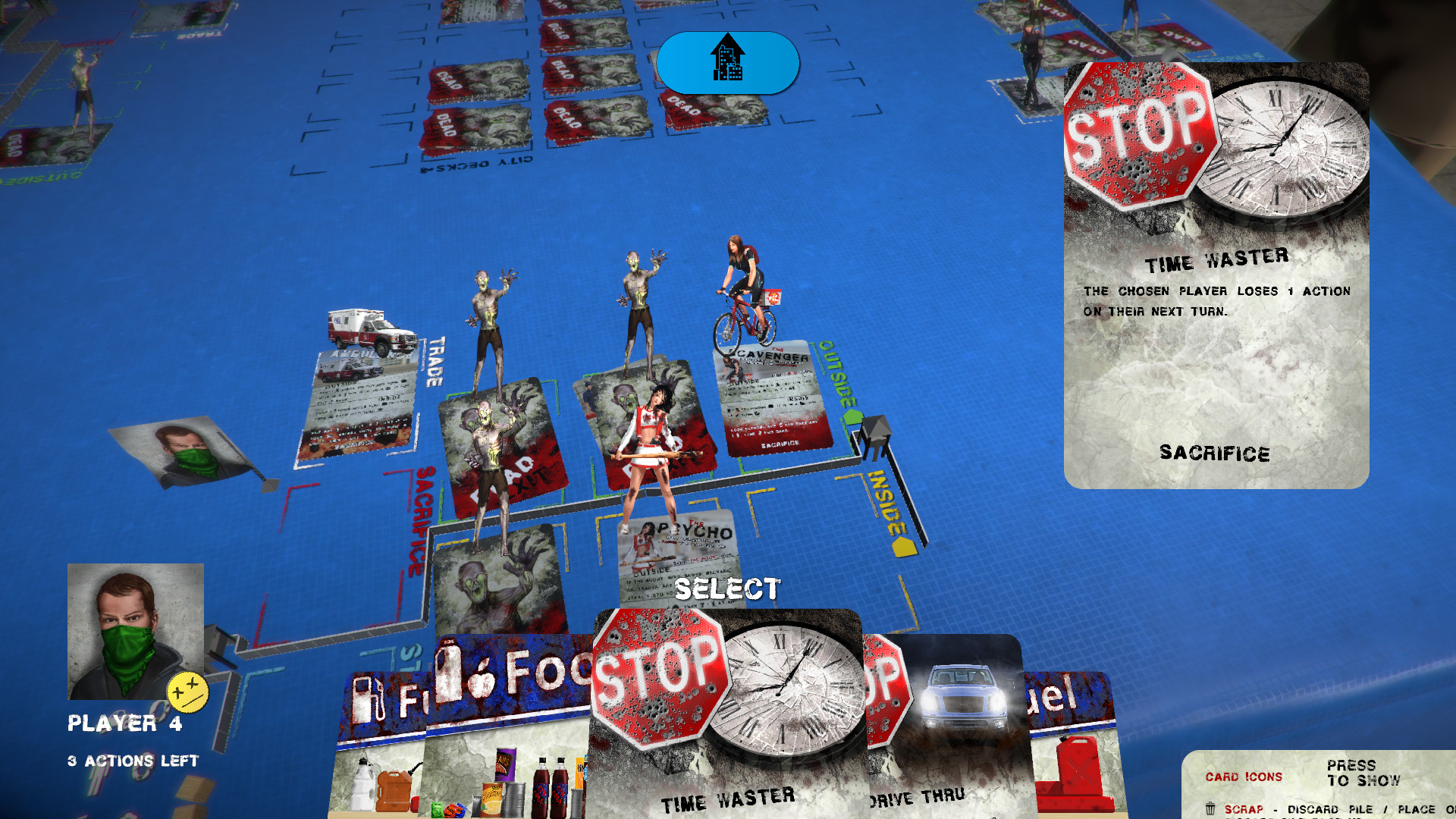 Dead Exit is an undead apocalypse, base management, card game. Ok, it's possibly the only undead apocalypse, based management, card game, but it's fun, and that's the important thing when it comes to games I've been told. Each player controls a base and tries to out maneuver their opponents and survive the evacuation of a city. Play your cards right. Make alliances.Break alliances. Betray sworn allies at the worst possible time and leave them to get eaten by the hordes. It's up to you how you play it, just make sure you get out of the city with enough resources to survive! Of course, you don't have to murder everyone in sight. You could play cooperatively and try to make sure everyone gets out alive. Or you can play on your own in solitaire mode which has plenty of settings for a casual quick game or an intense skin of your teeth undead fest. It's really up to you. Features Original card mechanic with multi function, two sided cards. Everything is undead if you aren't careful 1 - 8 players locally or online solitaire mode with full difficulty customisation.

Dead Exit is avaible for PC and Xbox One.