If you are looking to run EF Universe: Reclaiming the World on your PC, it's good to take a look at the minimum requirements and see if you can REALLY run it. 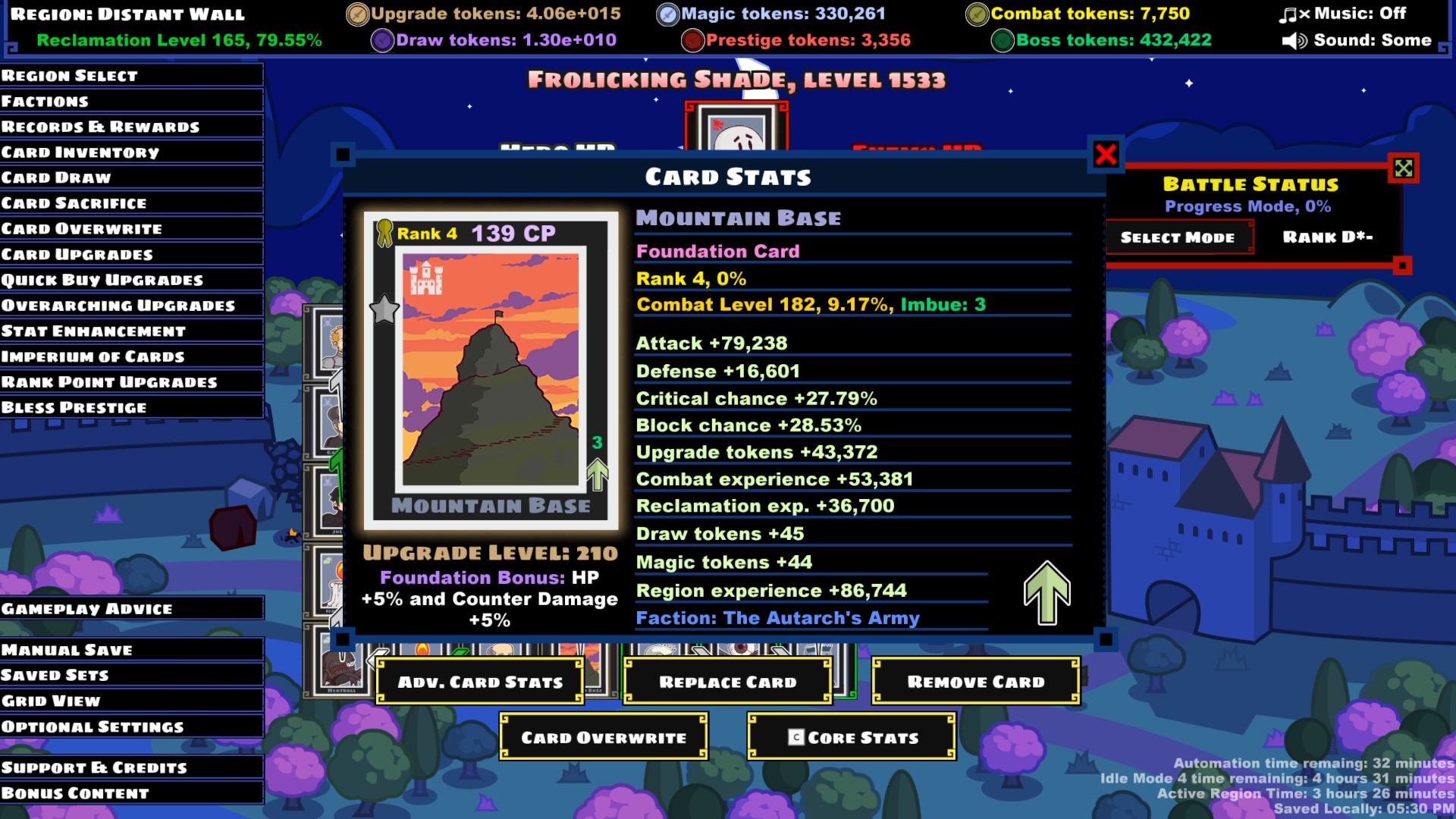 Do you like idle games? Do you like collecting cards? Do you like complex games that require you to read several pages of instructions in order to optimize your gameplay? Do you like seeing numbers go up? Well then you're in the right place. It all starts with a handful of cards, each of which will have 2 or 3 (out of 30+) stats. You'll use those cards to build an elaborate stat chain. The chain starts with your foundation card, passes through several support and monster cards, receives boosts from a variety of item cards, then ends with your hero card, who will use the stats passed on to them to battle a horde of monsters. Players with strong analytical abilities and a high degree of mathematical prowess will find themselves commanding a powerful stat chain that allows them to decimate their enemies with ease. Players with no analytical abilities and poor math skills will still succeed, but not quite as fast. The average battle grid has 40 card slots. That means you'll need 40 cards to completely fill in the grid. It's one giant efficiency puzzle! Are you the type of player who wants everything to be perfectly optimal and efficient? Well then you will never be happy, because not only do you receive a steady flow of new cards as you play the game, those new cards will become incrementally better as you progress through the various regions, reach milestones, and earn rewards. There are so many ways to make your cards more powerful that they can't all be listed here, but the most common methods include: Regular card upgrades Overarching upgrades Stat enhancements Card fusions Card sacrifices Card overwrites Prestige upgrades Reward upgrades Rank point upgrades The Imperium of Cards Other features worth noting: 6 different currencies 9 different factions, each with a unique set of rewards to earn 6 regions, each one more difficult than the last, each of which has its own set of rewards, and each of which has a uniquely shaped battle grid 80+ card graphics The most important feature, of course, is that the game plays itself! After you've built your stat chain, you simply need to check in every few hours, buy a few upgrades, open a booster pack or two, cast a few stat enhancements, maybe swap regions, then off you go! You're free to play other games, or possibly even read a book (if you need game and book recommendations, consider looking at some of the other items released by EF Universe Games LLC).

EF Universe: Reclaiming the World is avaible for ['PC'].