If you are looking to run FINAL FANTASY XIII-2 on your PC, it's good to take a look at the minimum requirements and see if you can REALLY run it. 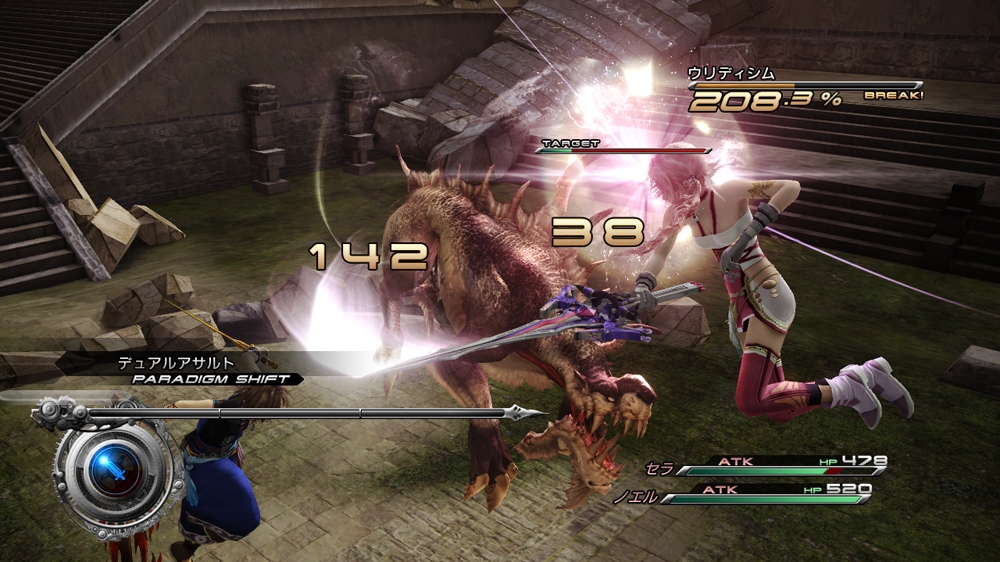 Final Fantasy XIII-2 is a Japanese role-playing game, a direct sequel to 2009 title Final Fantasy XIII and the third installment in Fabula Nova Crystallis subseries. ###Plot The game takes place three years after the event of the original game. Final Fantasy XIII’s main character Lightning, appears only as a supporting character, while the story follows her sister, Serah Farron, and a new character Noel Kreiss. ###Gameplay The gameplay is almost identical to that of the original game. The battle system is presented as Command Synergy Battle. It is based on usage of Action Time Battle bar: the bar consists of several slots that are used to perform attacks or cast spells and gradually refills during the battle. However, the game has some significant differences compared to the original game. The areas are more opened and endorse exploration. The party consists only of two characters, while the third spot is reserved for tamed monsters. The game also uses a random encounter system from previous installments. ###Plot The storyline follows the events of the XIII. They, however, do not connect to the other Final Fantasies so any chapter of the series may be played in unspecified order. The protagonists of the game are six youngsters who are trying to prevent the end of the world.