If you are looking to run Flock VR on your PC, it's good to take a look at the minimum requirements and see if you can REALLY run it. 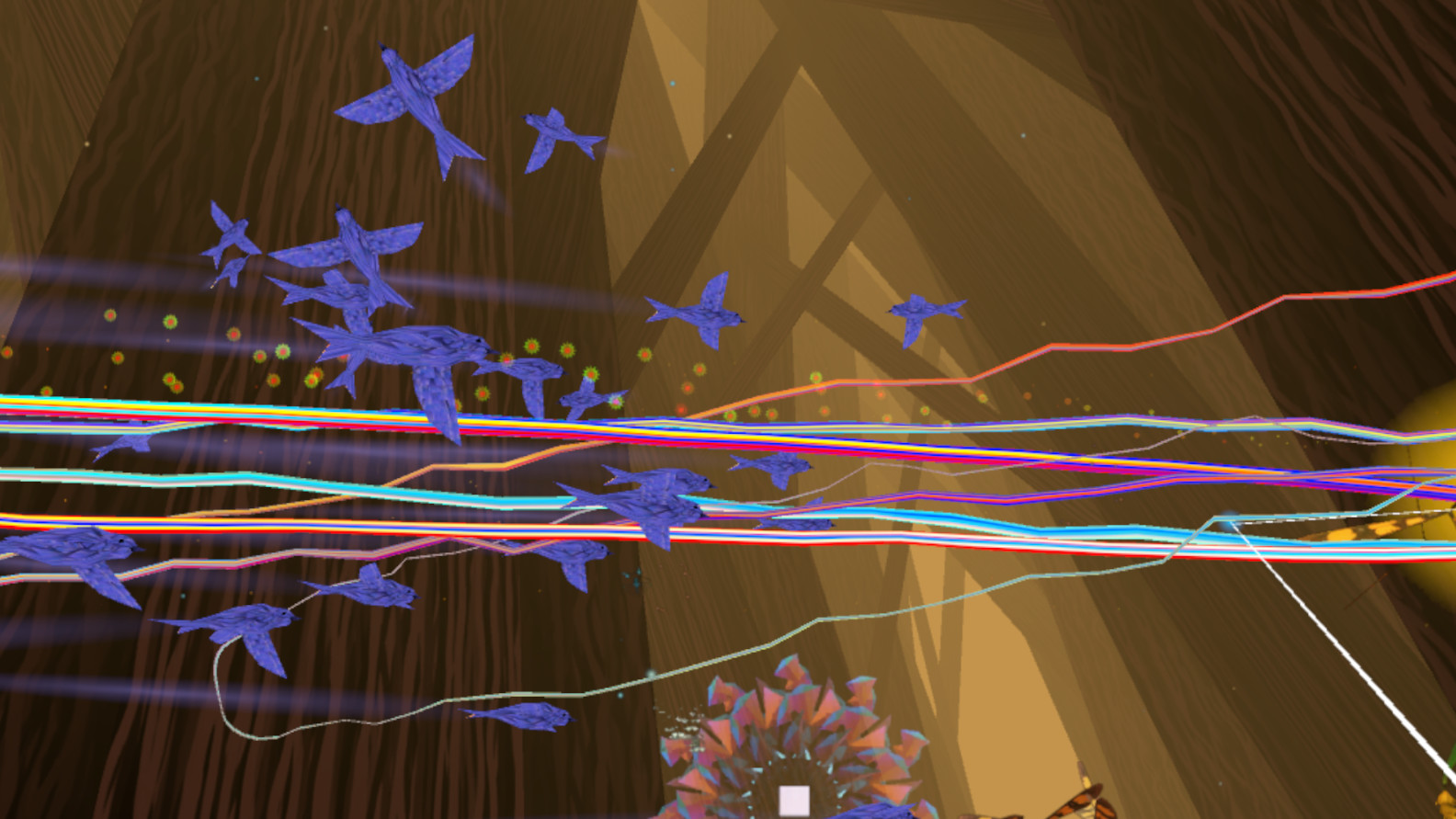 Dawn lights up with strange insects in the clearing of an ancient forest. Above you a rabble of starlings flits and starts. You are their guide and their trainer and they know you as Mother. You have taught them since birth to love and to follow The Golden Orbs. As you swing them in great arcs around your head, or in tight figure eights, or in alternating spirals, your flock swoops and flows in pursuit. It is this way that you teach them to feed and help them to live. Flock for Vive is a single player translation of a multi-user, co-located VR experience which premiered at the Future of Storytelling Festival in New York in 2016. Flock is an interactive music video with a score composed by Tim Fain and Julien Mier. Players swing Golden Orbs around on strings. The Orbs attract birds which eat the bugs that the surround you. As bugs are eaten the music and imagery transitions through a psychedelic rainbow of light and color.