If you are looking to run GravBlocks on your PC, it's good to take a look at the minimum requirements and see if you can REALLY run it. 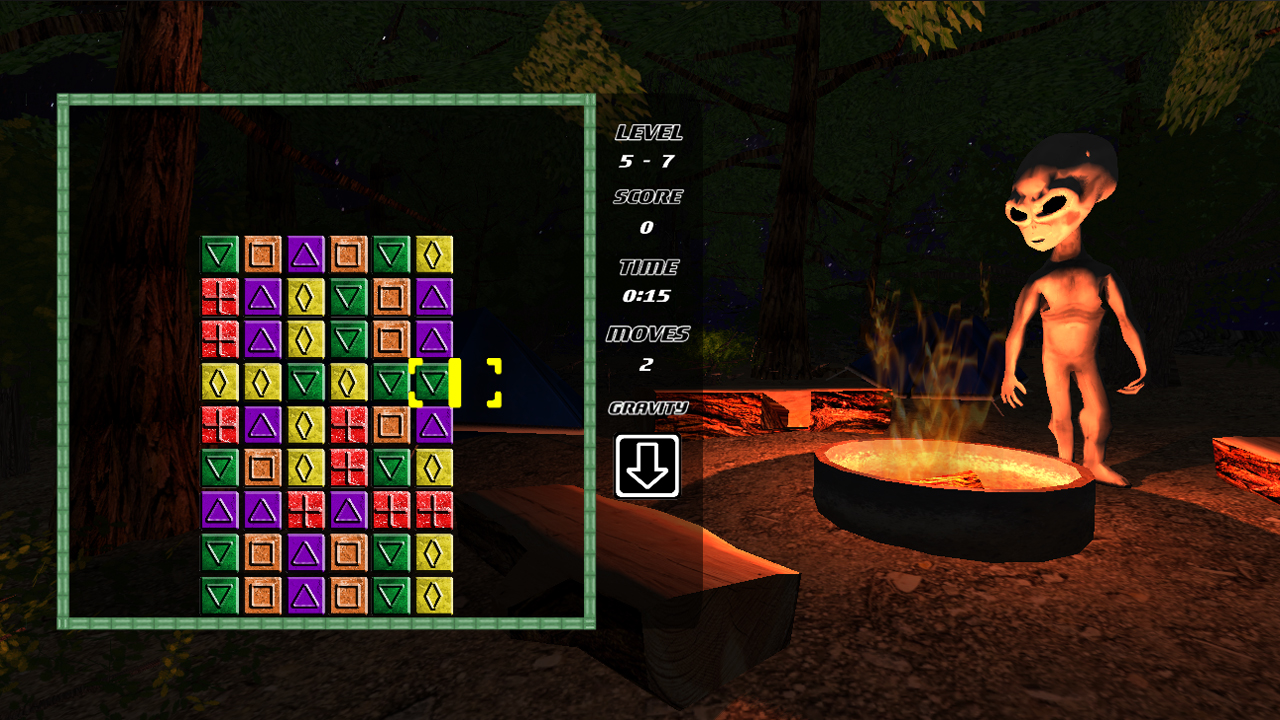 GravBlocks is both a falling-block puzzle game and a match-three puzzle game, but is also uniquely different than any other match-three game. In the most basic aspect of the game, players change gravity in order to build score multipliers, but must do so carefully! Hazards can appear on every surface of the play area, but players are given tools to work against them. GravBlocks demands a combination of reflexes and strategy in it's gameplay, and as such, eschews the concept of stacking chains found in nearly every other game of this genre. GravBlocks has five gameplay modes: Challenge — Classic-style puzzle game, blocks fall in, challenge increases, and players play for a high score. Players can edit settings for this mode. Destruction — The opposite of Challenge, here players are challenged to destroy blocks and just clear the screen. In this mode, Wild blocks open a whole wall of Destruction Hazards. Zen — Like Challenge, but the difficulty never increases. Puzzle — 150 levels where players are given a set of blocks that must be cleared with only a few moves–the first 40 are cleared with only one move! A solutions guide is offered as a DLC package. Story — Story mode pits players against five jerk aliens in an alien abduction scenario! Having reached the limits of what “traditional probing” can teach them, they now test abductees. This mode gives players specific tasks to complete for each level. On top of this, GravBlocks contains 80 Achievements, which are tied to over a dozen unlockables, as well as online leaderboards for Challenge and Zen modes!

GravBlocks is avaible for Linux, PC and macOS.