If you are looking to run 三国宏图(Great Cause Of The Three Kingdoms) on your PC, it's good to take a look at the minimum requirements and see if you can REALLY run it. 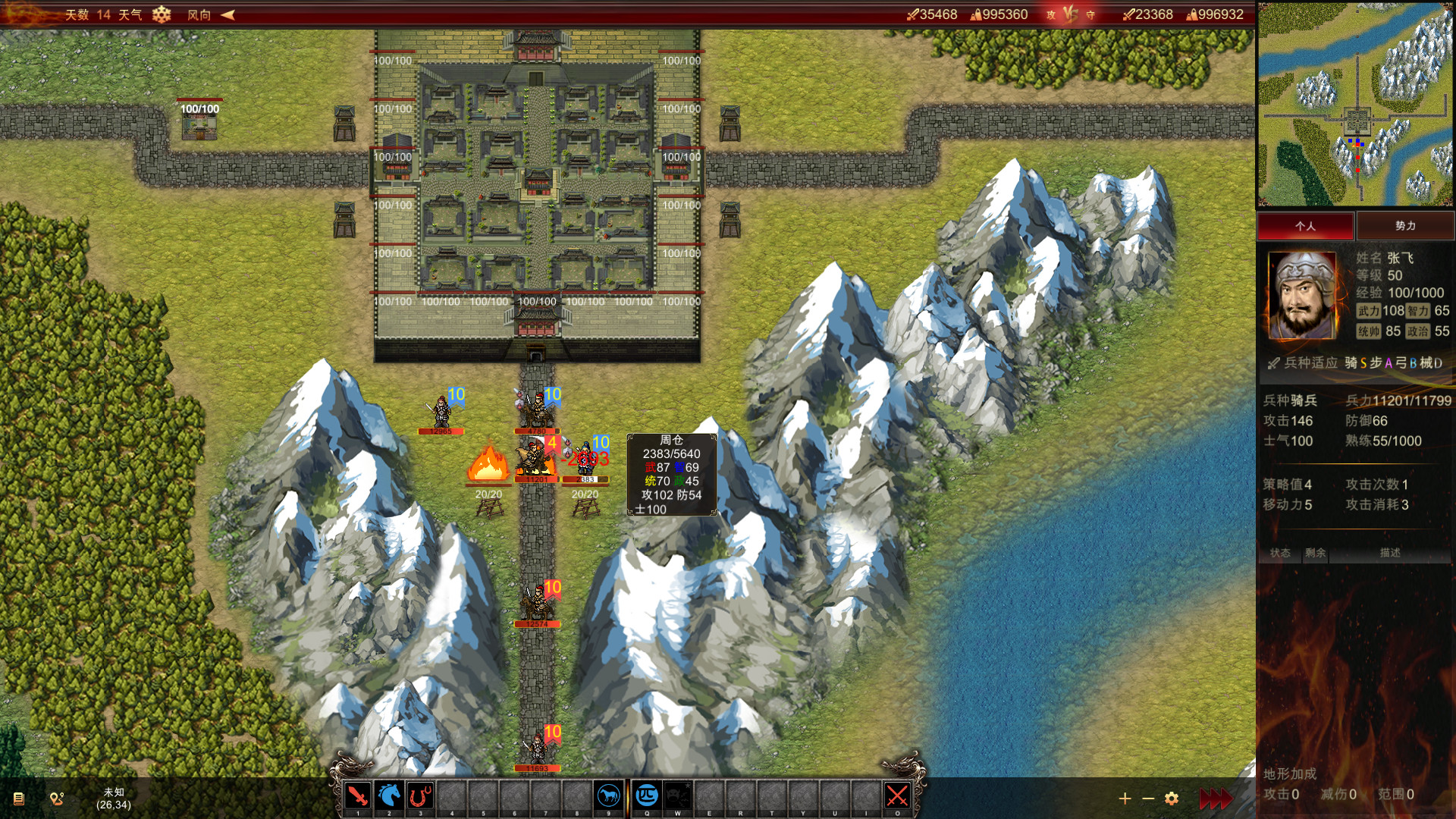 Minimum requirements – 三国宏图(Great Cause Of The Three Kingdoms)

Recommended Requirements – 三国宏图(Great Cause Of The Three Kingdoms)

'Great Cause Of The Three Kingdoms' is a strategy game based on the strategy of war and combined with simulation operation (SLG). Players will control the power of the Three Kingdoms during the game, and lead the Three Kingdoms to conquer the Three Kingdoms (or even Asia). As well as the legendary forces of all sides in history, we can achieve great success. Of course, there are countless strategic games in the Three Kingdoms. What is the feature of this game? Battlefield strategy! General features skills, correct use of equipment, arms, arms collocation, terrain, weather, will be the key to turn the tide The weak overcame the strong..The features of the game are explained in detail: 1. generals are the core, highlighting the 'generals' concept, the 700+ characteristics of the generals, generals each has its unique characteristics, so that it becomes irreplaceable, not only is the 'four-dimensional' difference, of course, will be more and more outstanding characteristics of famous history! 2. four 5 general units, 9 general high order arms, 10+ special elite troops, with their own characteristics, to lead the generals right arms will be able to greatly enhance the combat capability of the Department of arms, each as a good attack, cavalry, infantry plain invincible, good defense, Bashan Fu Lin, Archer one hundred steps to resist the enemy, but the monster walking device! 3.200+ skills, some units, some generals general, some are part of generals unique, extremely rich distinctive skills will make each kind of ability but low arms even distinctive generals become irreplaceable, equipment may be incidental part of skills, flexible collocation skills, but also improve the winning key. 4. original 'strategic value' system, change the general SLG game 'a turn to move an attack once' mode, in the 'three grand' where you can choose the cavalry in charge, weaken the enemy, can also choose to wait, 2 attacks when the enemy melee attack, or a skill even with certain skills, attack three times... Strategy value system greatly enriched the tactical richness. 5. changeable battlefield, different city terrain is completely different, different terrain (has its special function of the market on the map the distribution of villages) combined with its unique climate, and the defense may be ahead of the deployment of the trap, fortress, will make the actual battlefield battlefield change unpredictably, Paibingbuzhen, Shengdongjixi, rob village city. Let your opponent into crisis. 6.the system successfully challenged the fight, or the enemy refused to fight to combat can reduce enemy morale, singled out successfully with a certain probability will directly capture the enemy. 7. simulated battles, after a highly free conquest mode, we can try out a simulated campaign mode with scenario and special battlefield environment. There are important rewards after clearance. 8. self defined battlefield, attacking side defender and reinforcements, a total of 6 troops to fight, testing skills, tactical exercises! 9. Asian hegemony and aerial history, when the conquest of three has been unable to meet your desires. When you can lead you out of the Chinese party campaign veteran soldiers and able captains, and even the legendary fight. 10., simplifying internal operation and internal affairs is also one of the key points of the game, but greatly simplifies, players only need to arrange corresponding talents in specific positions, so that they can save energy for battlefield conquest. 11. custom, with posts, towers, turrets, barricades, traps and other defense building free layout 12. Legion system, characteristics of the equipment system, multi city defense association of training, in which to do Yanwu...

三国宏图(Great Cause Of The Three Kingdoms) is avaible for ['PC'].