If you are looking to run Grunt1914 on your PC, it's good to take a look at the minimum requirements and see if you can REALLY run it. 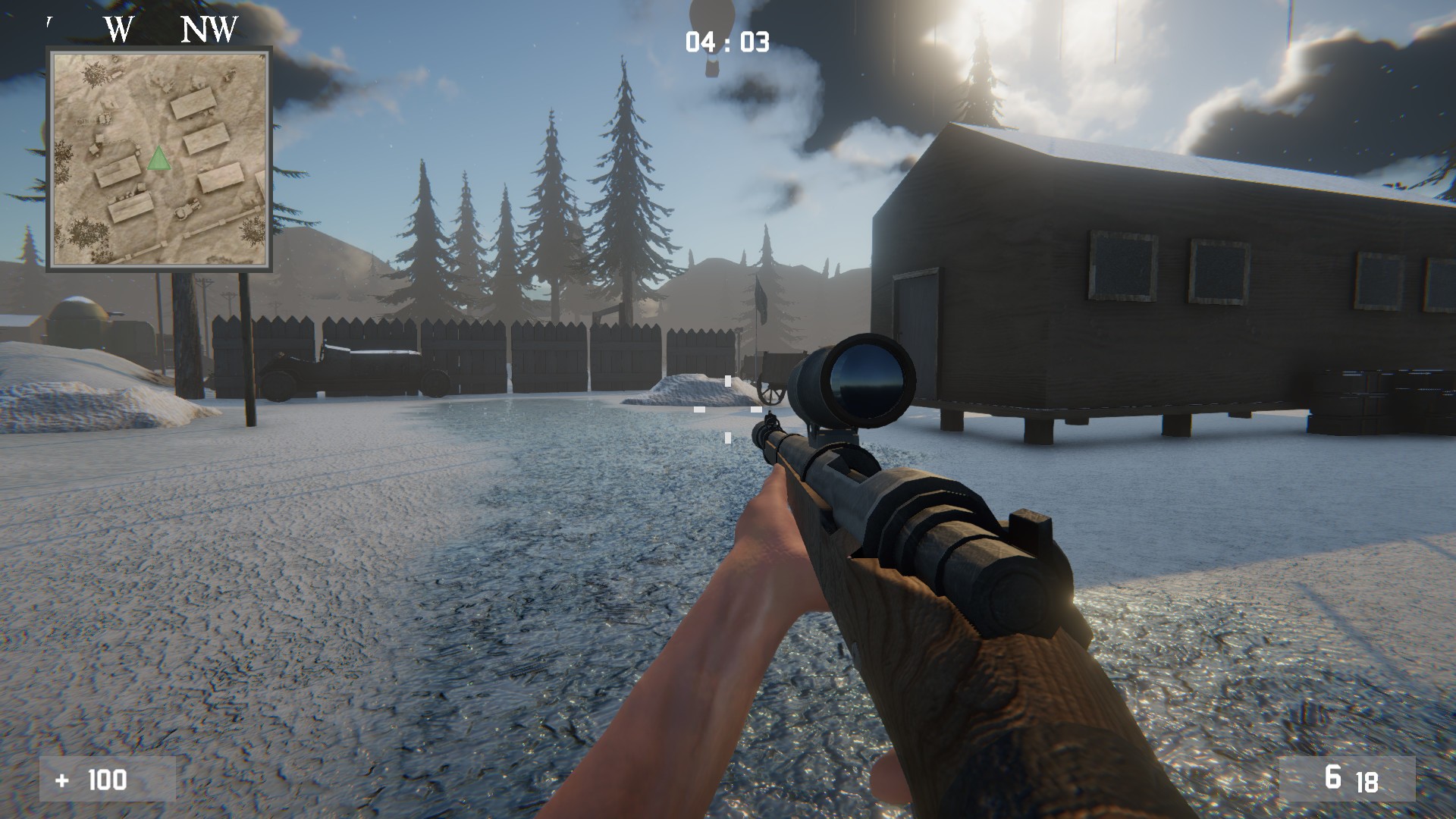 Think back to a time when military shooters were so dominant and important in your gaming schedule, what made them so good? It's simple, They were fun! No boats, tanks or jets to do your work for you - keep those boots on the ground! You are a soldier, you have your guns, your body and most vitally your mettle! Head out, Grunt! With a distinctly historical arsenal made available to you, you can choose to play any way you want. A selection of the weaponry also contains attachments that were either in use on the field or being tested at the time, giving you lots of options! Unlock more guns as you progress through the ranks to become the ultimate foot-soldier! What's the forecast? You choose! You can play in clear, rainy or snowy settings in Grunt1914. These selections have a distinct effect on the maps you choose to fight on, as the visibility and controls adapt to the weather cycle at play! As the fog fills the air and the snow piles will you be able to hold your nerve and take that perfect shot? Time will tell! It's the classic story as we've heard it told many times before, the story of brutality and fear, yet also victory and brave hearts! You can play as either a soldier from the Axis alignment, or the Allies confederation. Take up arms in Deathmatch, Team Deathmatch and Gun-Game modes as you rush to be proclaimed the victor above all others! Do not desert the battle soldier! Grunt1914 features eight distinct and robust maps to explore and seek triumph in! These are all based on real life locations from novel and peculiar theaters of war of that historical time. Each map features certain unique traits and areas to uncover and unravel, as you make your way through deserts, forests, tombs, military bases, underground hospitals, towns and many more rare areas! There are no power-ups or buffs to help you here, no super powers or special treatments to be had. Only one thing matters in Grunt1914, your tactics! How you react and the way you play will decide your fate! There are no vehicles or mounts to save you! Your skill is all you have here! Are you a sniper that favors long range kills, are you a run and gun heavy grunt or are you sneaky silencer type? You can be any class you want, as long as you can survive! Brave the harsh battlefields and arenas with a compass and map in hand, use those senses to locate enemies on the field! All of these are neatly laid out and visible to you at all times, exactly when and where you will need them! Use these tools to your advantage to turn the tide and become the victor when all seems lost! Aligned Games© was started by me, Johannes Christiaan Nienaber in 2013 as a video-game development studio. At that time I focused on the creation of smaller scale games, but have since moved into developing bigger and better games. I run the studio myself and as such all of its associated video-game are my sole creations. Grunt1914 is my first foray into the PC gaming market. Please contact me through the Aligned Games website or Facebook page if you have any queries or questions.