If you are looking to run Herald: An Interactive Period Drama - Book I & II on your PC, it's good to take a look at the minimum requirements and see if you can REALLY run it. 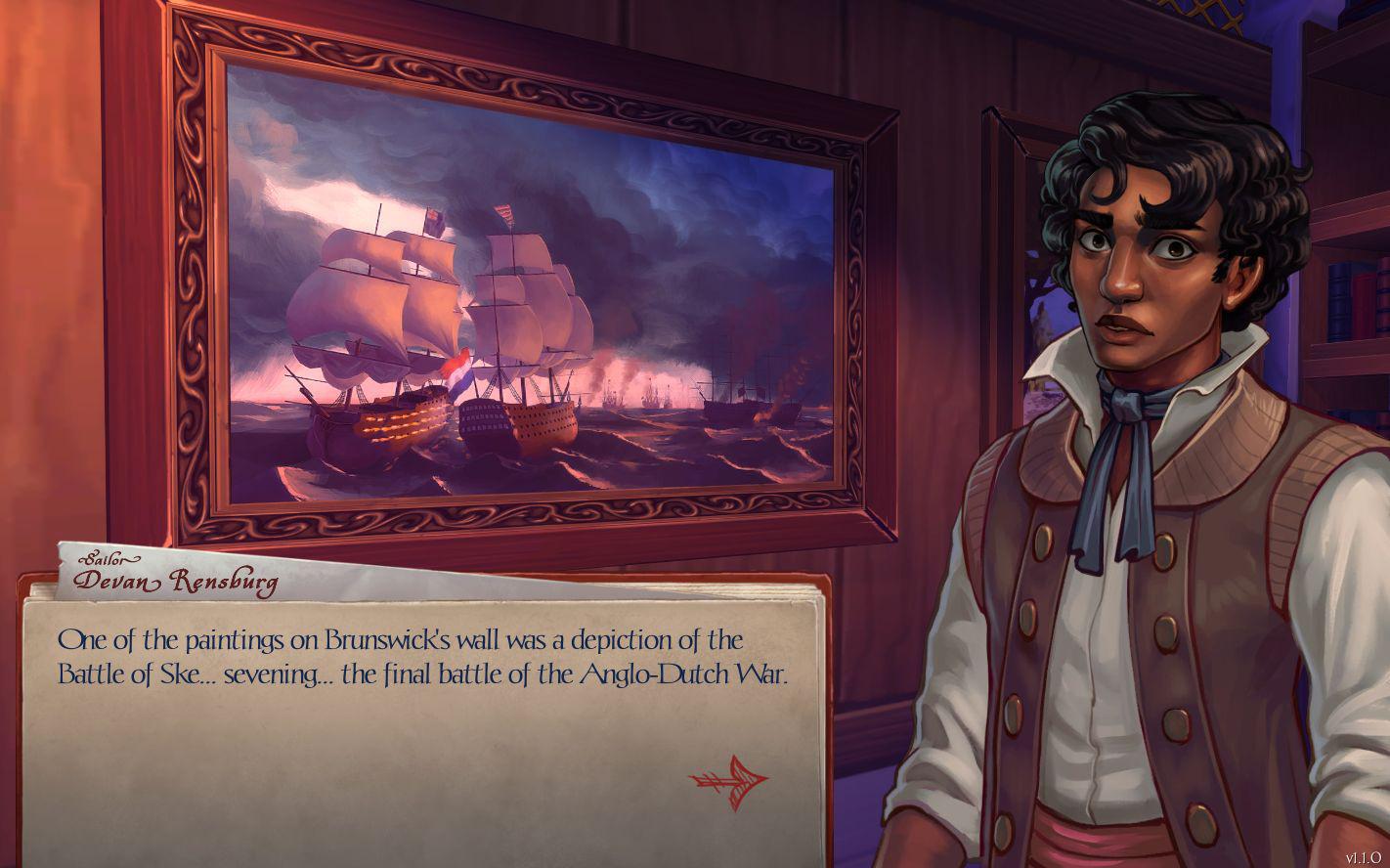 Media https://www.theguardian.com/technology/2017/feb/27/games-reviews-roundup-herald-tank-troopers-she-remembered-caterpillars http://nl.ign.com/herald/96673/review/herald-review http://www.polygon.com/features/2017/3/9/14862444/herald-review About the GameHerald is a choice-driven adventure game set during an alternate 19th century in which the West is united as a colonial superpower: the Protectorate. Help tell the story of Devan Rensburg, a man of mixed heritage who became steward on board of the HLV Herald, a merchant ship set for his country of birth. As Devan it is your job to keep the peace among the crew and passengers by resolving their daily squabbles. Set during a time of widespread inequality and injustice, you are challenged to uncover a great mystery that surrounds the Herald's perilous voyage. Together, Herald Book I & II have around 4 hours of gameplay. Each Book has its own contained story. Book III & IV will tell new stories of Devan's adventures and will be released as episodic content at a later date. Key Features A branching narrative that changes depending on how you decide to play. Do you choose to be bold and stand up for the downtrodden, or would pleasing the elite be the safer and smarter choice? Uncover all of the secrets aboard the merchant clipper Herald, as you explore its many nooks and crannies. The Herald is a microcosm of 19th century society. The crew and passengers all have their own dark secrets and often use sly coercion to convince Devan to help them. But who can you trust? Herald's diverse cast of characters is brought to life by beautifully animated portraits, and the performances of thirteen talented voice actors. Herald is set during an alternate 1857 in which the West has been united as a single global superpower: the Protectorate. Governed not by kings but by an elected 'Lord Protector’, the Protectorians believe they are morally superior. But are they? A gripping tale about finding your place in a world divided by race, class and culture. CONTENT WARNING: Emotional and physical violence, suggestive themes and infrequent use of strong language. Suitable for ages 12 and up.

Herald: An Interactive Period Drama - Book I & II is avaible for Linux, PC and macOS.