If you are looking to run Intrusion 2 on your PC, it's good to take a look at the minimum requirements and see if you can REALLY run it. 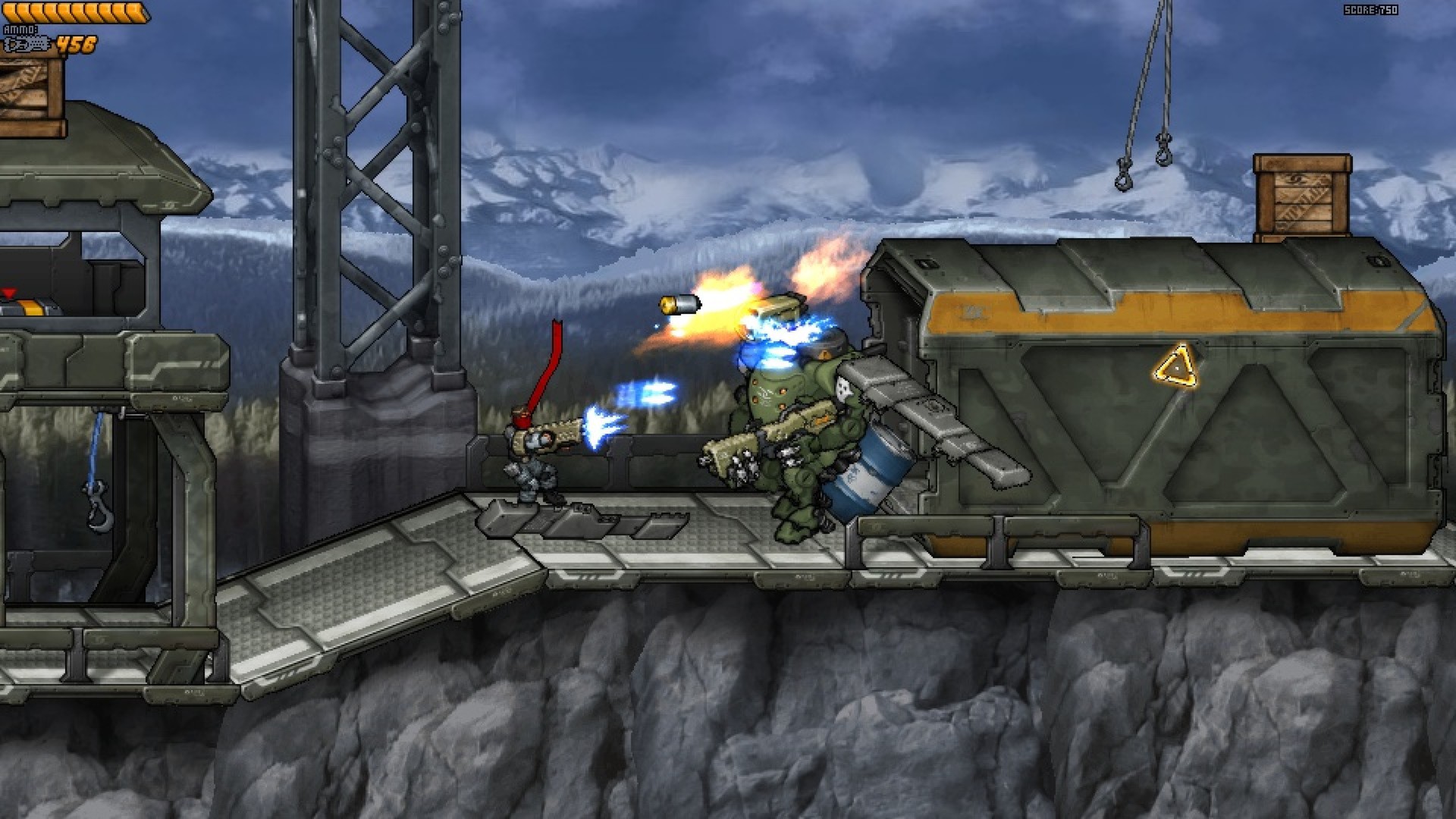 Intrusion 2 is a single-player Run and Gun, reminiscent of games like Metal Slug or Contra. It was a finalist of Independent Games Festival 2013 in Technical Excellence category. And for the game that is a direct sequel to 2008 free to play the flash game mostly created by one man, it is a no small feat. Players will have to lead the nameless protagonist to battle against enemy war corporation on the distant ice-covered planet. Sci-fi style of the setting creates an opportunity to present a lot of unique mecha-enemies, whose behavior is based on physics and procedural animation, which results in ragdoll physics for the 2D sprites. Intrusion 2 is a relatively short game that has only nine levels. And in order to compensate, the stages are scaled and filled with enemies to represent an old-school gauntlet-like experience. Some of the enemies can be mounted, giving the players some extra mobility. At the end of every three levels players will have to go through a multistage boss battle, and with every difficulty level the game will ramp up the number of enemies and threats on the hard mode.

Intrusion 2 is avaible for Linux and PC.