If you are looking to run Kite on your PC, it's good to take a look at the minimum requirements and see if you can REALLY run it. 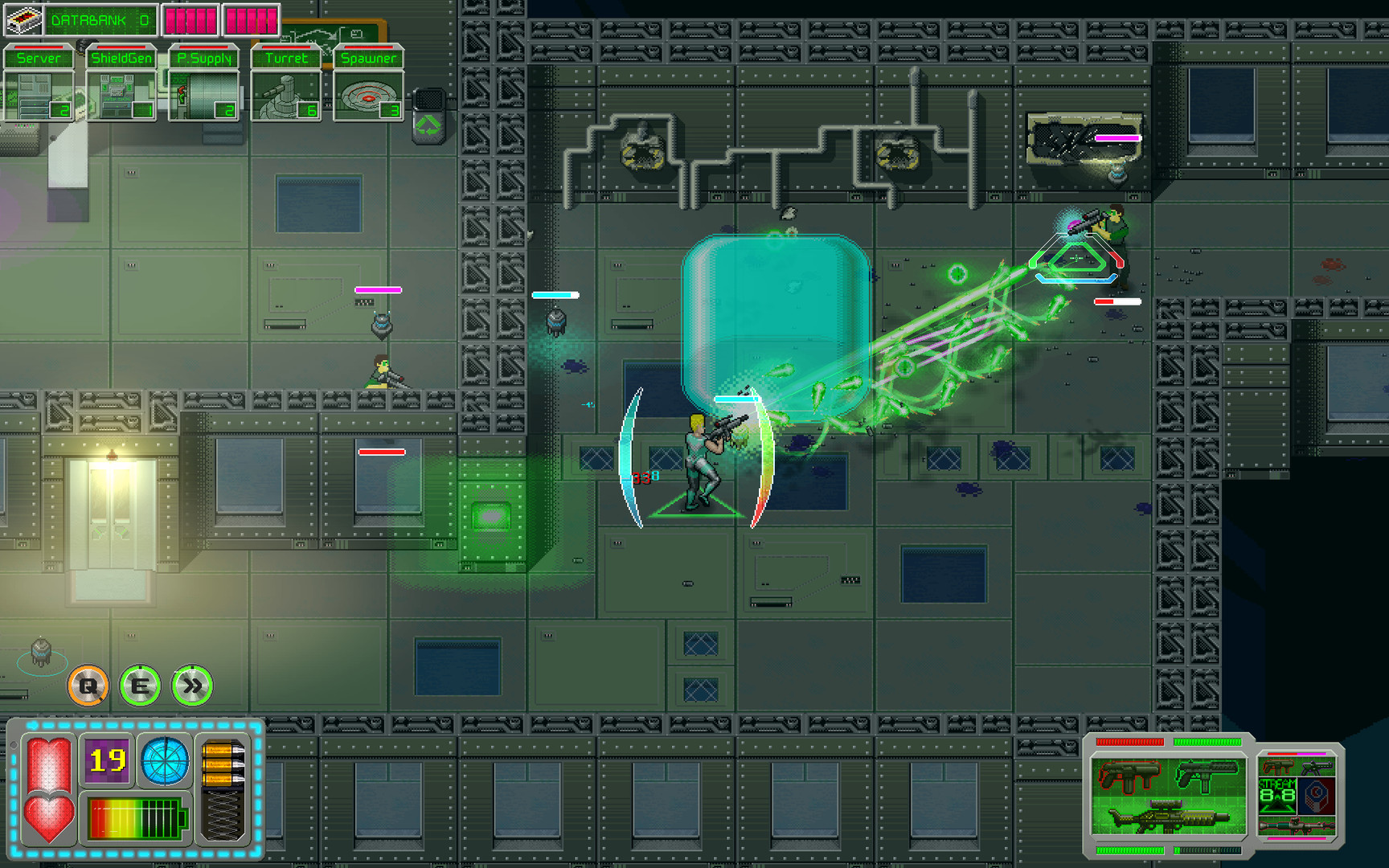 Regain control of the secret weapons base Arch City and try to rescue the scientists trapped inside. Equip your H.O.R.D. droid with retro-future technology reclaimed from battle and become the ultimate soldier. Blast through a lush, destructible pixel-art world and strive for the highest rank on each stage. Melt enemy bots down into scrap while grooving to Kite's all-original synthwave soundtrack. Find the most overpowered combinations of gear, skills and weapons for max damage or build the ultimate melee bruiser - soaking up damage and wiping out enemies with beam weapons. Massive destructible pixel art environments Frenzied objective based combat All original retro-future synthwave soundtrack and 3D audio SFX Survive huge swarms of agile enemies Rescue scientists to unlock all of the 50+ crafting designs Endless customization and viable builds 76-point skill tree chalk full of synergies Grow a swarm of friendly mini-bots to help dominate Flexible scoring system rewards thorough players & speed runners Crushing enemy lineup of bots, droids, turrets, & huge bosses! Elite pilots of the advanced H.O.R.D. droid chassis are tasked with blasting through massive mobs of rebellious bots. These aren't just your average Serve N' Show bots either - Charge Bots, Slice Bots, Bouncing Betties, Crab Bots, Hyper Turrets, Prox Mines.... Surviving that maelstrom, well, no one has made it. Yet. Can You Kite? The best of the best know how to fight the toasters without taking damage. By running away from charging enemies while blasting backwards at them, a well equipped H.O.R.D. pilot can keep their distance while unloading volleys of ordnance down range. This gun-play-ballet is known as 'kiting' and mastering it will serve you well throughout the gaming universe.