If you are looking to run KovaaK's FPS Aim Trainer on your PC, it's good to take a look at the minimum requirements and see if you can REALLY run it. 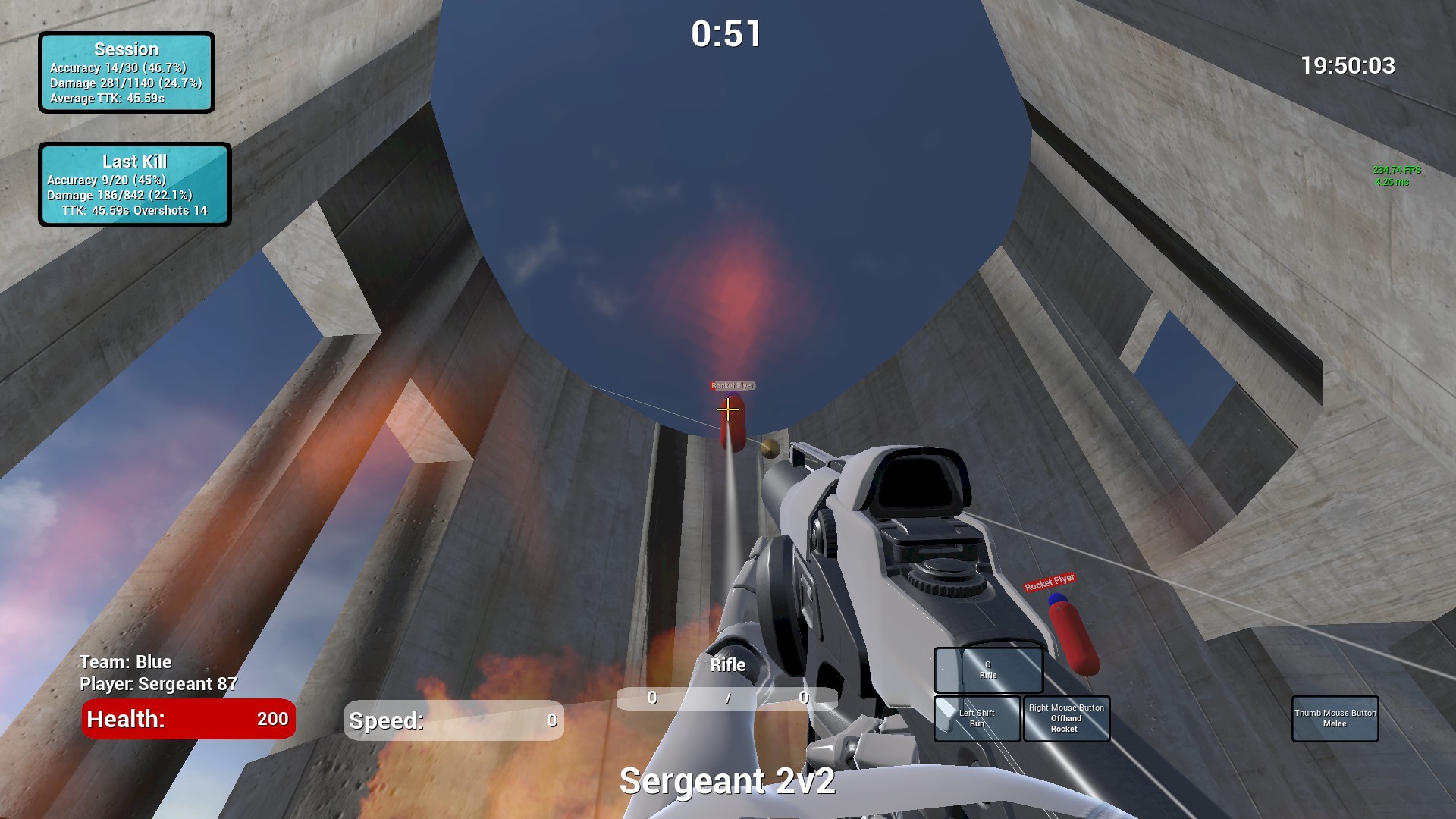 The goal of KovaaK's FPS Aim Trainer is to enable players to create their own training with realistic dodging targets. Every mechanic within the game is driven by user-defined profiles - Weapons, characters, abilities, bots, how bots dodge, how bots aim, challenges, and more are all configurable by hundreds of variables. All of these profiles can be saved and distributed in a single scenario file. Hone your muscle memory in the trainer, apply it in game. Game features: Play scenarios directly from the Steam workshop (30+ before release) to jump right in and practice your FPS skills Highly responsive input from a tweaked Unreal Engine 4 that has the approval of many top Quake players and Overwatch grand masters who have tested and provided feedback over the last year All the configuration options you'd expect of a competitive FPS (FOV, separate horizontal/vertical mouse sensitivity, unlocked frame rate, per-weapon config settings, custom crosshairs, and much more) Create your own weapons Create your own characters Create bots Tell the bots how to dodge Tell the bots how to aim Make challenges to practice specific scenarios similar to your favorite FPS All profiles can be edited in-game or with text editors. Upload your own creations to the Steam workshop for others to practice. Compete on the Leaderboards for any and every scenario on the Steam workshop. (global or friends only) Custom maps (note FPSAimTrainer does not include a map editor, but rather reads Reflex's map format thanks to the wonderful developers at TurboPixelStudio. Reflex is available on Steam now and includes a fully featured map editor as well as awesome Arena FPS gameplay) Custom crosshairs (JPG, PNG, BMP, etc.) Visual customizations (Floors/wall textures from a large list; bodies and heads of characters can be set to RGB values, differentiated by team; attacks can be set to the colors of characters) Mouse sensitivity scaled to popular games including Quake/Source, Overwatch, Paladins, Rainbow Six Siege, Battalion 1944, and Reflex. Singleplayer only. Sorry, multiplayer is too much for this solo developer. More profile related features and abilities are planned to allow players to emulate features from even more FPS games, but the existing options are extremely flexible as is. As the developer, I consider FPS Aim Trainer a tool that I will be using well into the future. My goal is to keep it relevant to gamers as long as I can. Among my top priorities: advanced movement mechanics such as bunnyhopping and strafe jumping, graph/histogram to look at your scores and accuracies over time, bot types of player-recorded paths, and simulated network lag. Running Unreal Engine 4, all graphical options that affect framerate or input lag have been disabled by default. Literally every console command was investigated to see whether any more performance could be eeked out of the engine, because you can never have enough frames per second when you are training for competitive FPSs. As such, the graphics of the game at release will not improve, although things like more options for weapon models and floor/wall textures are planned down the line.