If you are looking to run N.a.N Industry VR on your PC, it's good to take a look at the minimum requirements and see if you can REALLY run it. 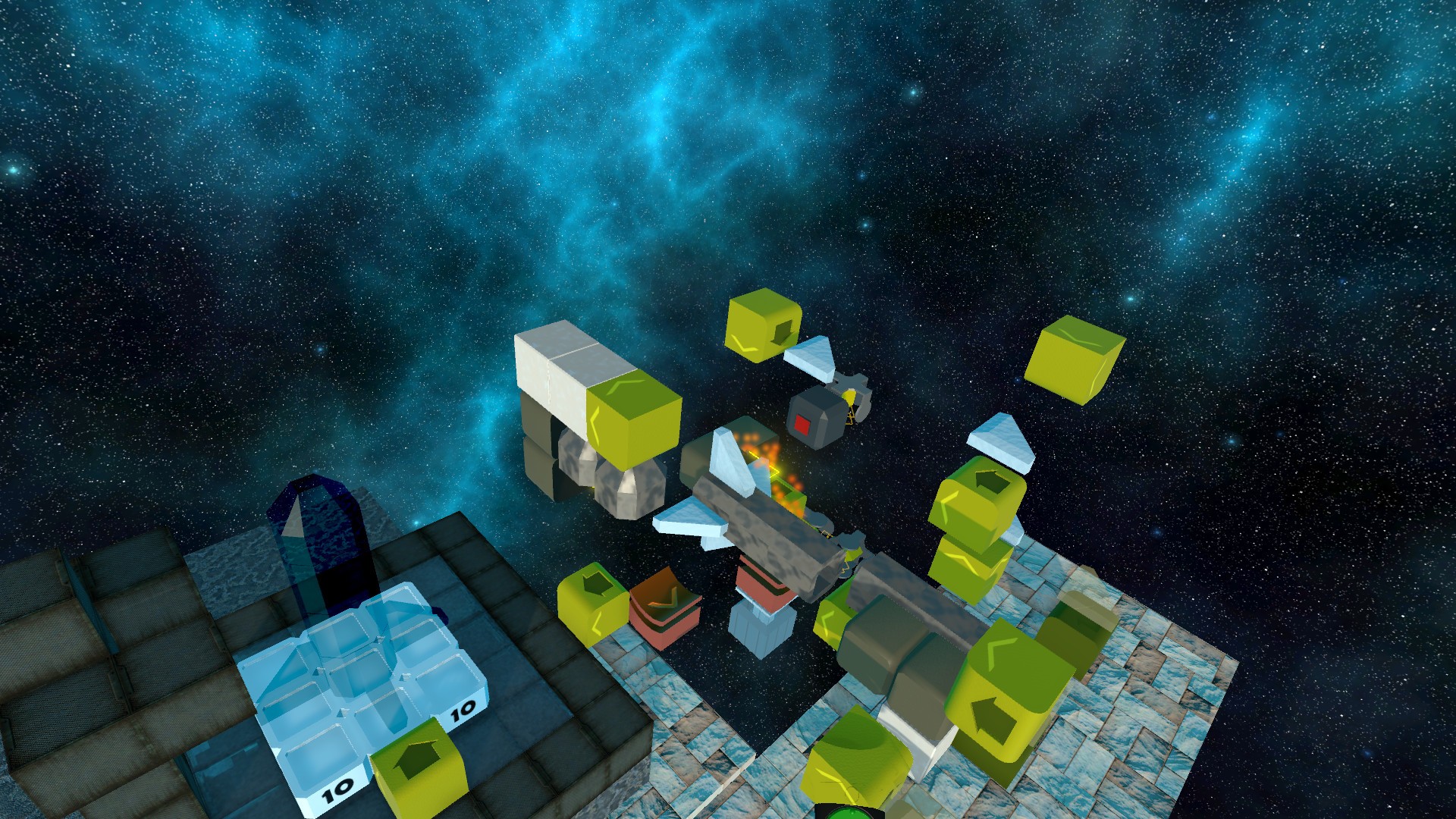 N⸱a⸱N Industry is a VR puzzle game where you build a 'factory' in 3D by placing action blocks in space. Arrange them so that they will push, weld, destroy other blocks, fire lasers, and so on. The goal is to guide input blocks to output locations, possibly modifying, spliting or combining them along the way into larger structures. 26 built-in puzzles, starting with tutorials 6 space locations, no gravity—blocks float increasing puzzle difficulty from easy to seriously hard puzzle editor included in-game workshop of published puzzles made by others This game is inspired by Infinifactory. It puts emphasis on the freedom of placement one gets from VR: there is no gravity; blocks can be moved and rotated along any axis and float along under their own inertia.