If you are looking to run Pinball Arcade on your PC, it's good to take a look at the minimum requirements and see if you can REALLY run it. 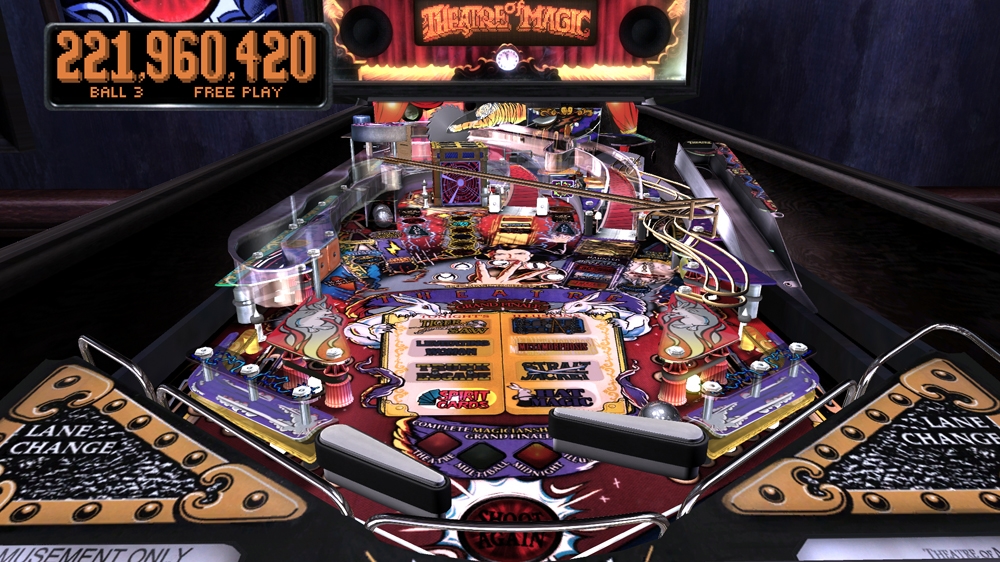 ###Licensing issues Pinball Arcade is the meticulous digitization of real analog pinball machines. The licensing was provided to developers from FarSight Studios by Gottlieb, Alvin G. and Company, and Stern Pinball. In addition to a fairly straightforward development process, in parallel developers were negotiating the licensing of gaming tables. As a result, it was possible to negotiate for a certain period, and as of 2018, some types of gaming tables are not available for the game because the license was over. In total, more than sixty tables disappeared, most of which were included in paid DLCs. ###Key features The game came out on all possible platforms: including the most recent ones like Nintendo Switch, Sony PlayStation 4 and Xbox One. On the PC game is available for free, but for new tables, players have to pay. There is no plot in the game, and all the attention of the developers were focused on recreating all the smallest details of the gaming tables and the physics of the ball. The rest is a usual pinball: the player has access to the field and the ball, the main task is to beat out as many points as possible for three attempts, that is, without dropping the ball. You can catch it and toss it again with the help of two sticks that is the only player-controlled object in the entire playing field.

Pinball Arcade is avaible for PC, Android, macOS, iOS, PlayStation 4, Xbox One, Xbox 360 and Wii U.