If you are looking to run Pirate Code on your PC, it's good to take a look at the minimum requirements and see if you can REALLY run it. 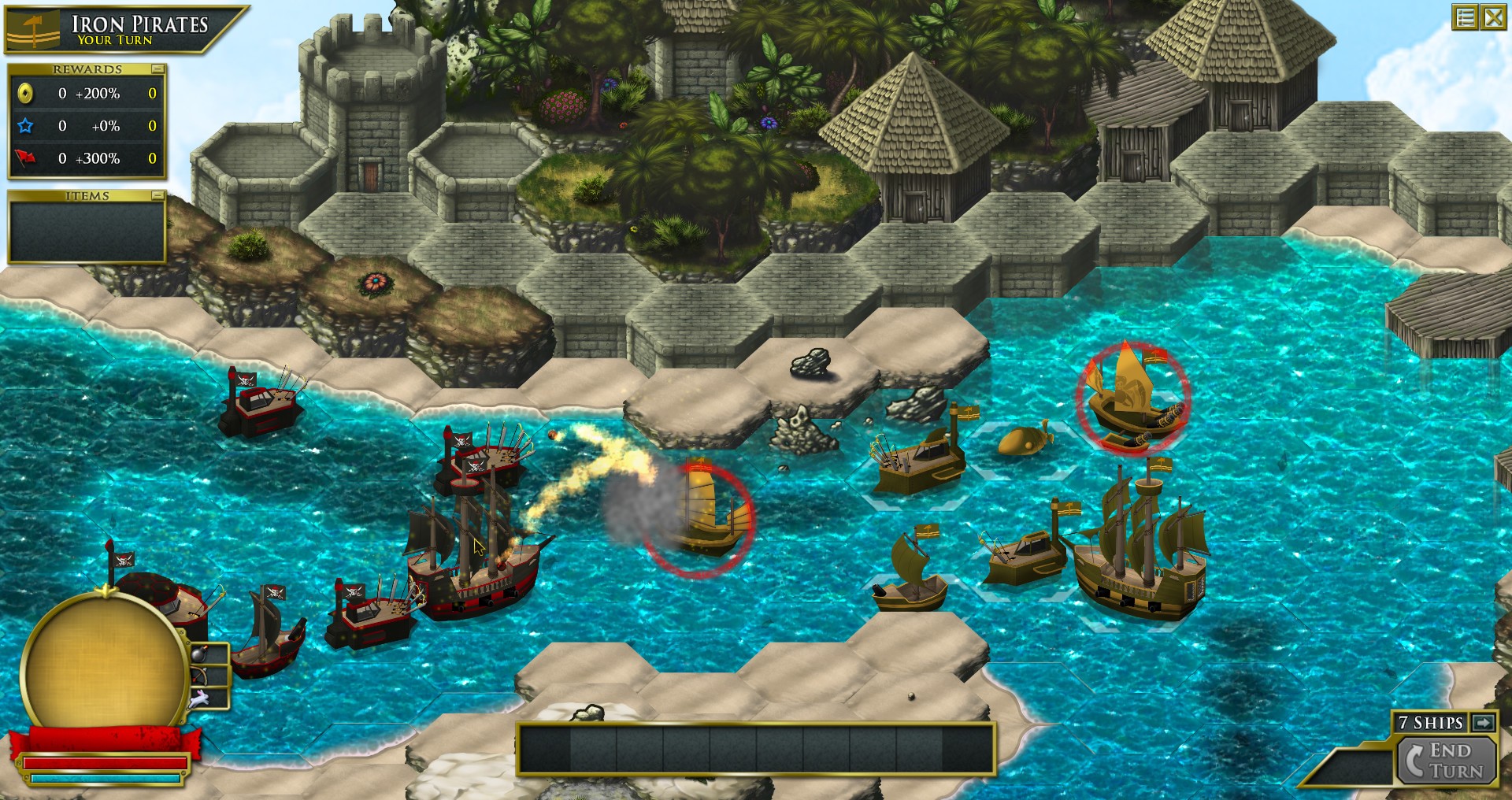 Take command of your rag-tag fleet to defend your island from blood-thirsty pirates! Engage in deep tactical decisions, balancing attacks with repairs while keeping your morale high. If you survive, then set sail for distant lands! You'll need to manage your gold and cargo carefully to build your fleet, choosing between ships and crew. Explore the sea for exotic places with strange mechanical vessels and bizarre contraptions built to travel under the water. You'll need to take on dangerous missions with valuable rewards if you hope to stay one step ahead of your enemies and uncover their dark plans. Many will join their ranks, claiming that you are pirates—that you should be stopped! But you know the truth. Follow your code to protect the weak and remain fearless as darkness falls over the sea. There will be no one else to stand against it. Design your fleet with ships from four classes, each with strengths and weaknesses! Hone your tactics to beat an ever-growing pirate threat and discover their dark purpose! Win treasure like pirate gear and clockwork contraptions and sell for a profit or save to entice crew to join! Unlock amazing new ship designs, each with unique stats and weapons! Liberate dozens of islands spread across a vast ocean, unlocking new opportunities to advance your fleet! Take on dangerous missions to hunt notorious pirate captains! Design your own flag and choose the colors for your fleet!Chose Your Tactics WiselyEach fleet is made of ships from four classes, each with unique abilities. Some ships can withstand any attack, some move quickly, and some have great range. Which ships you use will depend on your strategy. Will you hold back and launch a counter attack or will you attack before they have a chance to load their cannons?Liberate the IslandsThe ocean is divided into territories, each of which has islands. As you fight pirates in a territory, you gradually liberate the local islands, which unlocks new locations on each island, new items to buy, and new crew to hire. Just don't spend your gold too quickly.Complete MissionsAs you explore you may find someone who offers you a mission. Completing missions will unlock locations, unlock new ship designs, or reward you with gold. There’s always a primary mission that will move you closer to unraveling the plans of your enemies.Hire Your CrewOccasionally you will find someone willing to join your crew in exchange for gold or items. As your crew grows you can use more ships in combat or choose to use bigger ships, if you’ve discovered their designs.Collect ItemsThere’s hundreds of items to find scattered across the ocean! You can sell items for gold or hold on to them to hire potential crew. You might even be able to find a store that will offer you more gold for a certain type of item.Customize Your LookSome items allow you to change the look of your fleet, such as fleet color, flag designs, and flag emblems. You can then edit your flag and fleet colors at any island to make the perfect look for your fleet. Or, save your gold to buy ships.Grow Your FleetShips can be purchased once their designs are discovered. Once you own a ship you can start teaching it new actions by assigning a captain to the ship. Each captain teaches the ship a different action. Actions can gain levels and become unstoppable.Stop to FishYou can’t fight pirates all the time! Fishing and botany are both available to help you relax while gaining some valuable items to sell. Mythical fish and plants are out there to discover and are worth a lot of gold. Finding them won’t be easy though.One Last ThingPirate Code is mostly the work of one bearded programmer. If you have suggestions, I will be listening. Now, shouldn’t you be loading the cannons?

Pirate Code is avaible for iOS, PC and macOS.