Minimum requirements to run Sang-Froid - Tales of Werewolves on PC

If you are looking to run Sang-Froid - Tales of Werewolves on your PC, it's good to take a look at the minimum requirements and see if you can REALLY run it. 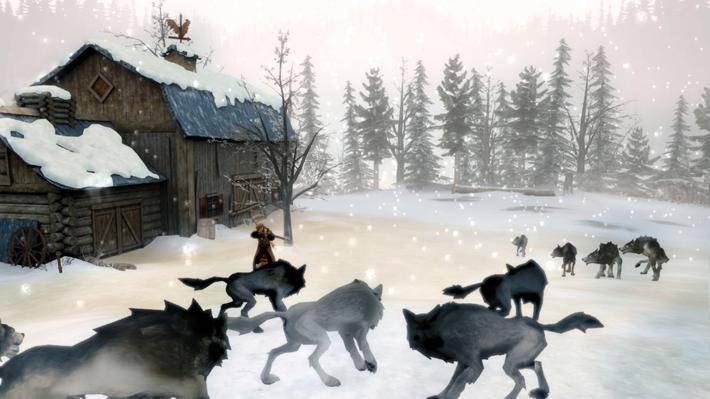 Sang-Froid: Tales of Werewolves is a tower defense game. It is based on the Native American and Canadian folktales and prominently features mythological creatures like werewolves and wendigos. ###Plot The game is set in Canada in the XIX century. The protagonists are two brothers O'Carroll who set their differences aside to save their sister. Every night, a pack of werewolves and other monsters attack her house. If they fail, the Devil himself will abduct the poor woman. The brothers have to hold on for three weeks in the midst of December. ###Gameplay The player assumes the role of one of the brothers and controls them from the top down view. The goal is to defend the house and other buildings. The game is divided into days and nights. By day, the player can prepare his or her defenses by setting traps. The protagonists have a limited number of action points and money to spend on the traps. The more buildings there are, the more action points the player has, but also the more difficult they are to protect. By night, the werewolf invasion puts the player's preparations to the test. Enemies come in waves by random numbers. However, the player has all important information about the strength of the opponents. The protagonist can fight the monsters directly using his axe and a musket. The latter is ranged but has limited ammo and a long loading time. The player can also intimidate the monsters so that they will not attack his or her character.

Sang-Froid - Tales of Werewolves is avaible for ['PC'].