If you are looking to run Snapshot on your PC, it's good to take a look at the minimum requirements and see if you can REALLY run it. 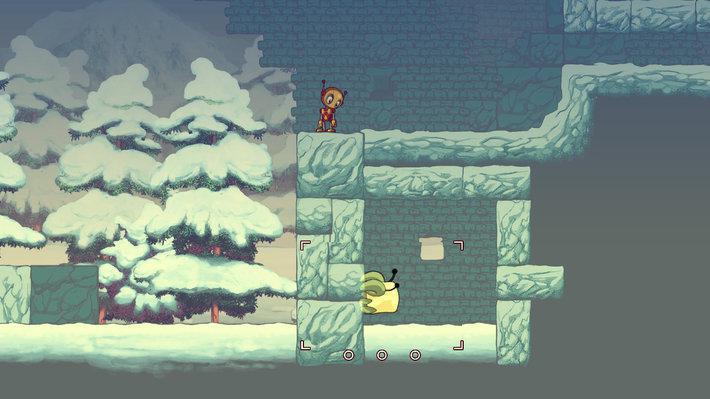 ###The loneliness An experimental platforming game about a lonely robot that found itself on an abandoned planet, with only a camera in its disposal. The game was developed and released by the independent studio Retro Affect in 2012. ###The story The player controls a robot named Pic with simple movements: right, left, jump and duck. The gameplay is about solving puzzles of increasing difficulty. They must be solved using the camera. The player is also controlling the viewfinder with a mouse to take a picture of the in-game items. After the photo is taken, the item disappears from the virtual world and is placed in the camera's memory. Further with it, it is possible to make various manipulations like paste it to another part of the game world to overcome obstacles. In addition to moving, photographed objects can be rotated as the player like. ###Key features The player can photograph absolutely any object, both living and non-living. For one hundred percent completion of the level, you can get an additional reward. There is no plot as such in the game; only a single campaign is available for completion. It consists of more than 100 unique levels, which are divided into four different biomes. Each level can be additionally completed once again just for the sake of searching for hidden collectibles and secrets.

Snapshot is avaible for PC, macOS and Linux.