If you are looking to run Solar System Conflict on your PC, it's good to take a look at the minimum requirements and see if you can REALLY run it. 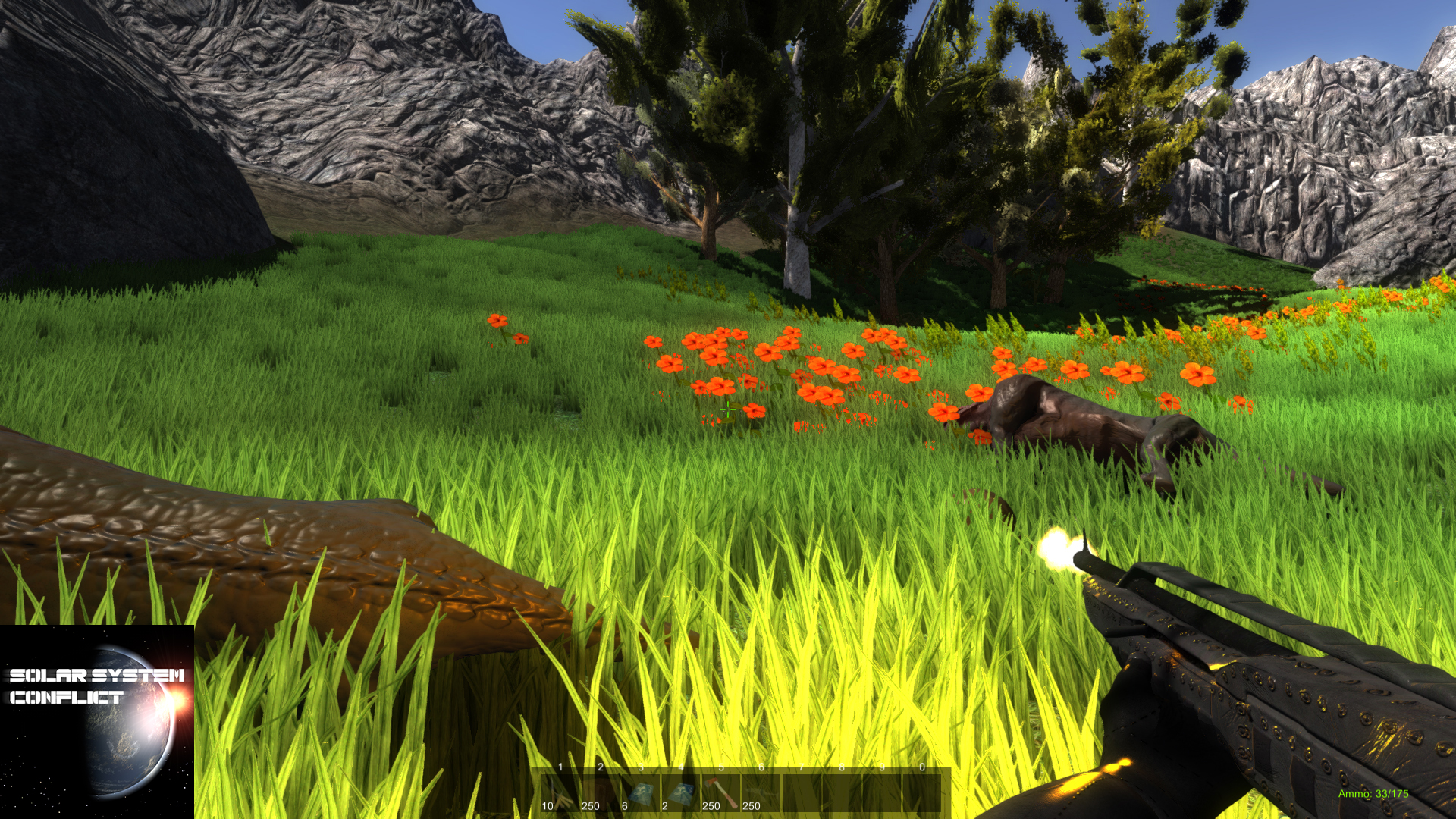 Solar System Conflict is a multiplayer space-survival game in which a colony of humans is stranded in a recently discovered solar system, in search of a way back to Earth.Build, Craft, Discover, and Survive:Travel through space, explore the solar system and fight for your survival by crafting and constructing your own buildings, space stations and spaceships. Upgrade and adapt your spaceships from single pilot fighters to large motherships. Fight in huge space battles (inside larger ships and out in space) as well as on land, with other players or your own robot drones.Current Features: Build your own houses and facilities, stone castles, wooden huts and much more (There are many different materials you can use to build your stuff). Harvest resources and craft equipment and cook food. Dynamic Day/Night shifts. Explore new technologies to get more futuristic weapons. Cooperate with other players to survive, or fight against them to defend your belongings. Discover ancient ruins and explore the mysteries behind them.Upcoming Features: Build space stations (in space, on asteroids or on planets). Multiple planets with varying climates and gravity strength. Build a robot/drone army. Take care of the environment (Temperature, Oxygen, Natural disasters). Hunt aliens on various planets.Explore and build in space, and fight in huge space battles (Upcoming): In-game events. For example, aliens could assault the solar system; the players now need to work together to survive and free the solar system from this new dynamic threat. Upgrade your Spaceships, making them unique with equipment such as reinforced armour, a shield generator, different propulsion systems, and powerful weapons. Build huge spaceships with machine rooms, control bridges and rooms which you can decorate and use to store your weapons, tools, ships and more. Big motherships give you the ability to hold fighters that can be controlled by allied players or AI, to fight your enemies. Fight inside the spaceships and defend or assault the control bridge, the hangar or other important rooms.Additional Information: You can host your own server from your PC, with a small amount of players (2 - 20 Players), or join a dedicated server (50 - 300 Players) or play it alone in the single player mode.