If you are looking to run Sombrero: Spaghetti Western Mayhem on your PC, it's good to take a look at the minimum requirements and see if you can REALLY run it. 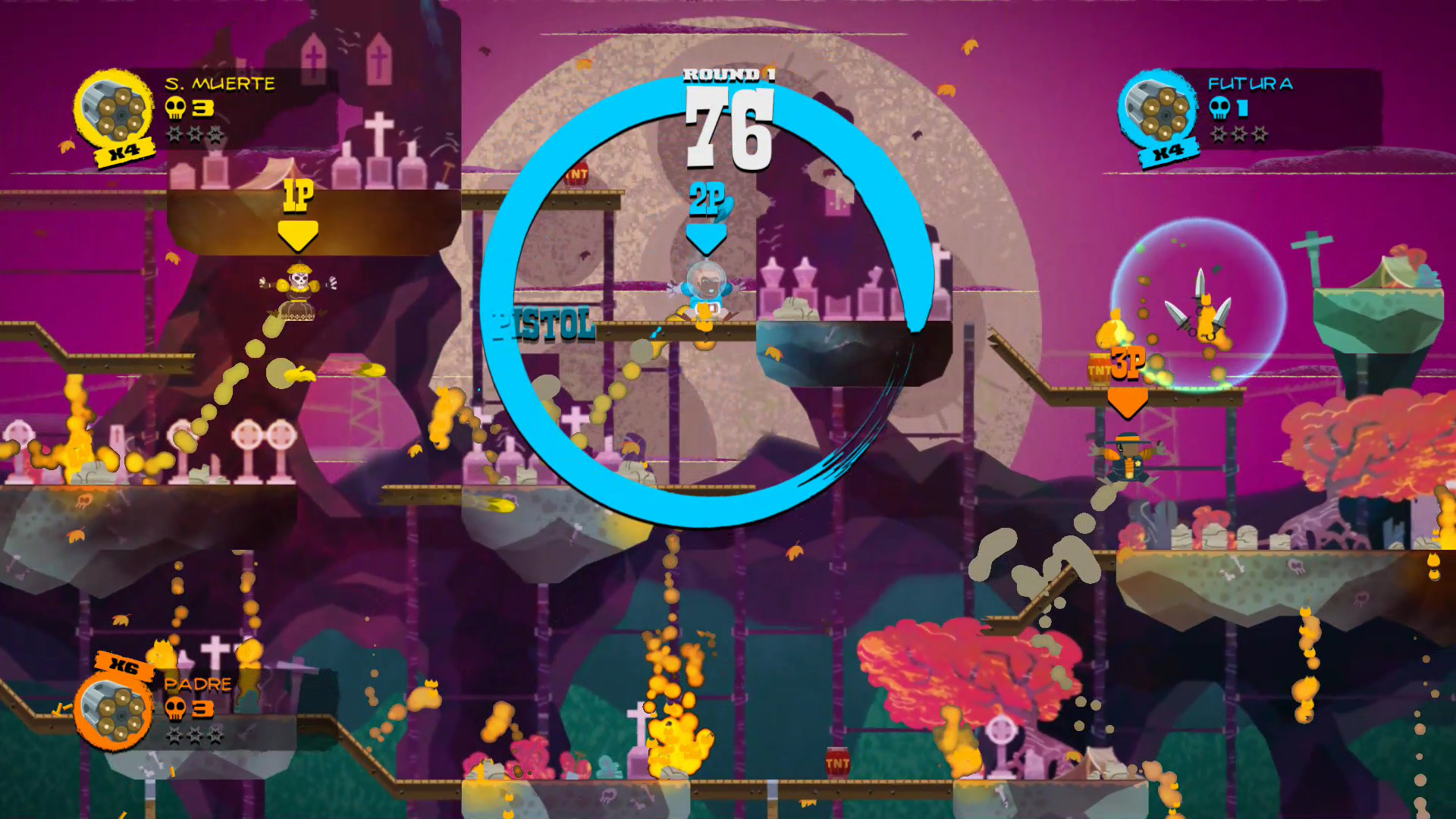 STEP RIGHT UP! Sombrero is a Spaghetti Western-inspired multiplayer shootout for 2-4 players. Saddle up in four unique game modes, with a cast of rough-and-ready characters ready to battle it out across a variety of treacherous locales in both local and online play. Whether you’re on the side of the law or a no-good cattle rustler, Sombrero offers a unique multiplayer experience. FEATURES: It's a Party – Invite your friends over and pull up a couch for a 2-4 player firefight fiesta! 360 Degrees of Mayhem – Fire your weapons in any direction to blast enemy gunslingers out of their boots Online Multiplayer – Go online to battle gunslingers from around the world. A Colorful Cast of Characters – Choose from a memorable cast of nearly two dozen playable characters. There’s a little something for everyone! A Fistful of Powerups – Grab power-ups, from boomerangs to alien plasma launchers, and buck the odds in your favor. Content Updates – Exciting new Locations, Characters and Power-ups will be moseying out on a regular basis! GAME MODES: Deathmatch – Shoot or be shot! May the best man, woman, or tentacle-faced alien win! Loot – Grab as many bags of money as you can before the time runs out. The outlaw with the most cash wins! Just like real life. Capture The Flag – Win the Old West one territory at a time. Capture as many flags as you can! Banditos – 'Borrow” the priceless Golden Monkey Idol before anyone else! Hold it the longest and win the round. Note: All multiplayer modes include fast-paced shootouts. Keep your shooters loaded, pardner! Check it out in action! https://www.youtube.com/watch?v=E2r7qQK7pKU&feature=youtu.be