If you are looking to run Space Farmers on your PC, it's good to take a look at the minimum requirements and see if you can REALLY run it. 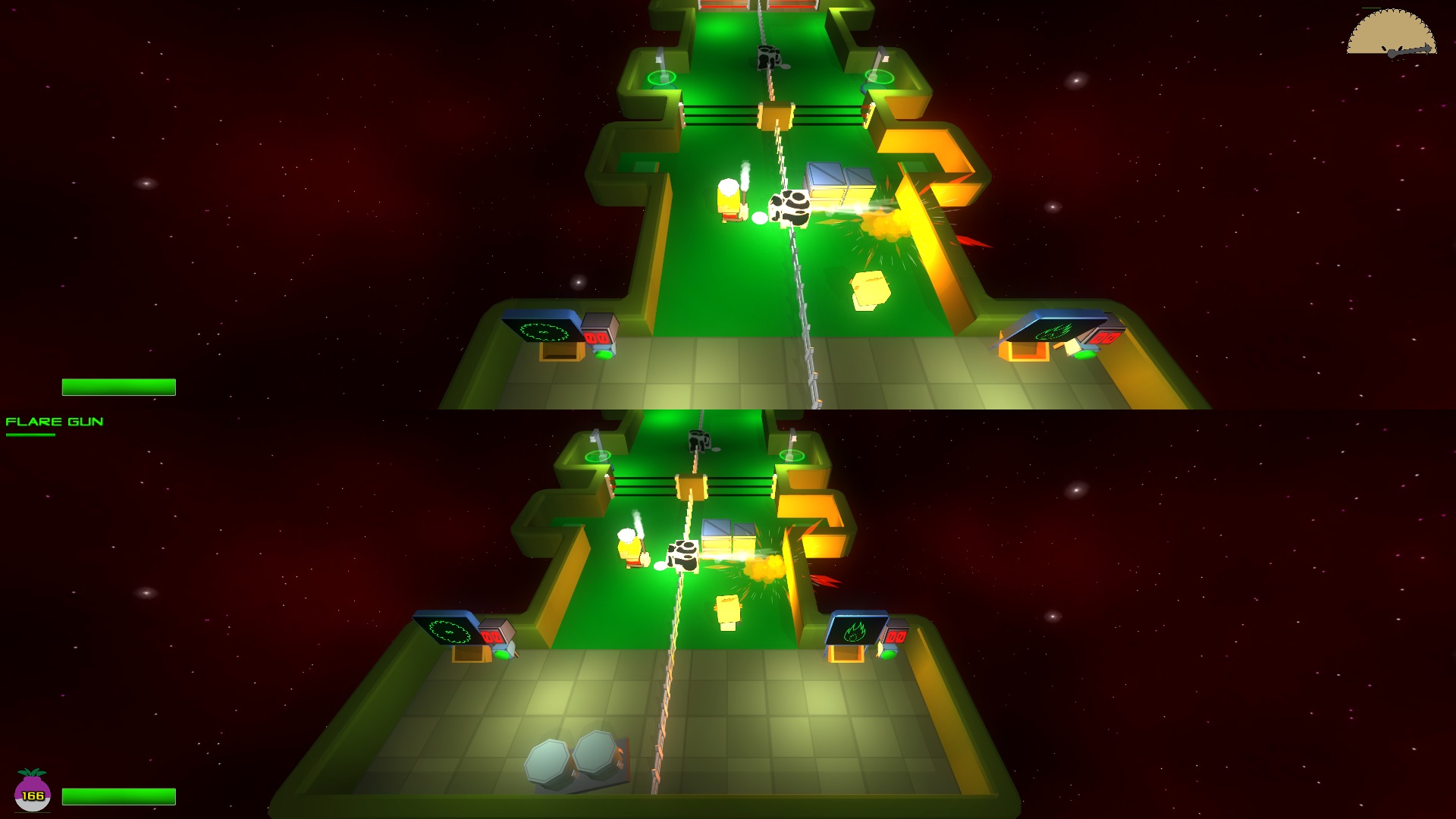 Space Farmers is a cooperative multiplayer action game developed by BumpkinBrothers. ###Plot You and your friend are trapped on an alien space station. The aliens want you to reveal secrets on how to make the perfect British tea. Lucky for you, a bunch of the station's robots goes crazy, and your captors escape in fear. Get off the station and do not tell anyone about making the British teamaking! ###Gameplay Space Farmers is a cooperative multiplayer game only. The main objective of the game is to escape from the alien space station. A wide variety of sci-fi weaponry is available to the players. The developers insist on using the Energy Shotgun as your main weapon as it is selected as a default one, has a decent spray pattern, and generates the most fun. The game features some roguelike elements, as the player's death results in loss of all items and weapons found on the level. The killed player can be revived by their teammate, but for a limited amount of time. The game's levels a procedurally generated, which results in a high degree of replayability. No playthrough of the game will be the same experience. The game features both online and split-screen multiplayer for you and your friend. The developers state that it is the only way the game should be played. No paid updates of DLC for the game will be ever released.

Space Farmers is avaible for Linux, PC and macOS.