If you are looking to run SpaceWorms on your PC, it's good to take a look at the minimum requirements and see if you can REALLY run it. 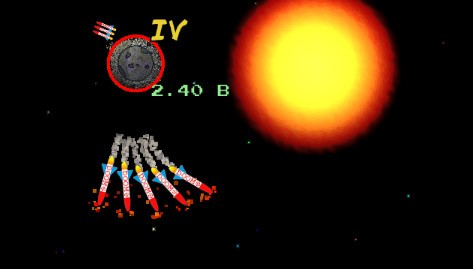 SpaceWorms is a game for 2 to 5 players (on a single computer or via the mighty internets) in which you launch rockets, conquer new planets, gather way too powerful upgrades, and probably end up shouting at each other. You play the game in turns (the rage is real-time, though), starting with an underdeveloped planet full of puny little worms in an overkrauted (You guessed correctly, we are from Wormany.) and pretty flat solar system. Since rockets promise more fun than diplomacy (take that, Civilization!), you bomb each other to worm hell (except 'wormagnostics') until only one worm people remains. But beware: These rockets will be influenced by the old nemesis of all what is worm: gravitilation (it's squared!). Choose your strategy wisely, mighty one, for only then you will be the last worm crawling.

SpaceWorms is avaible for ['PC'].