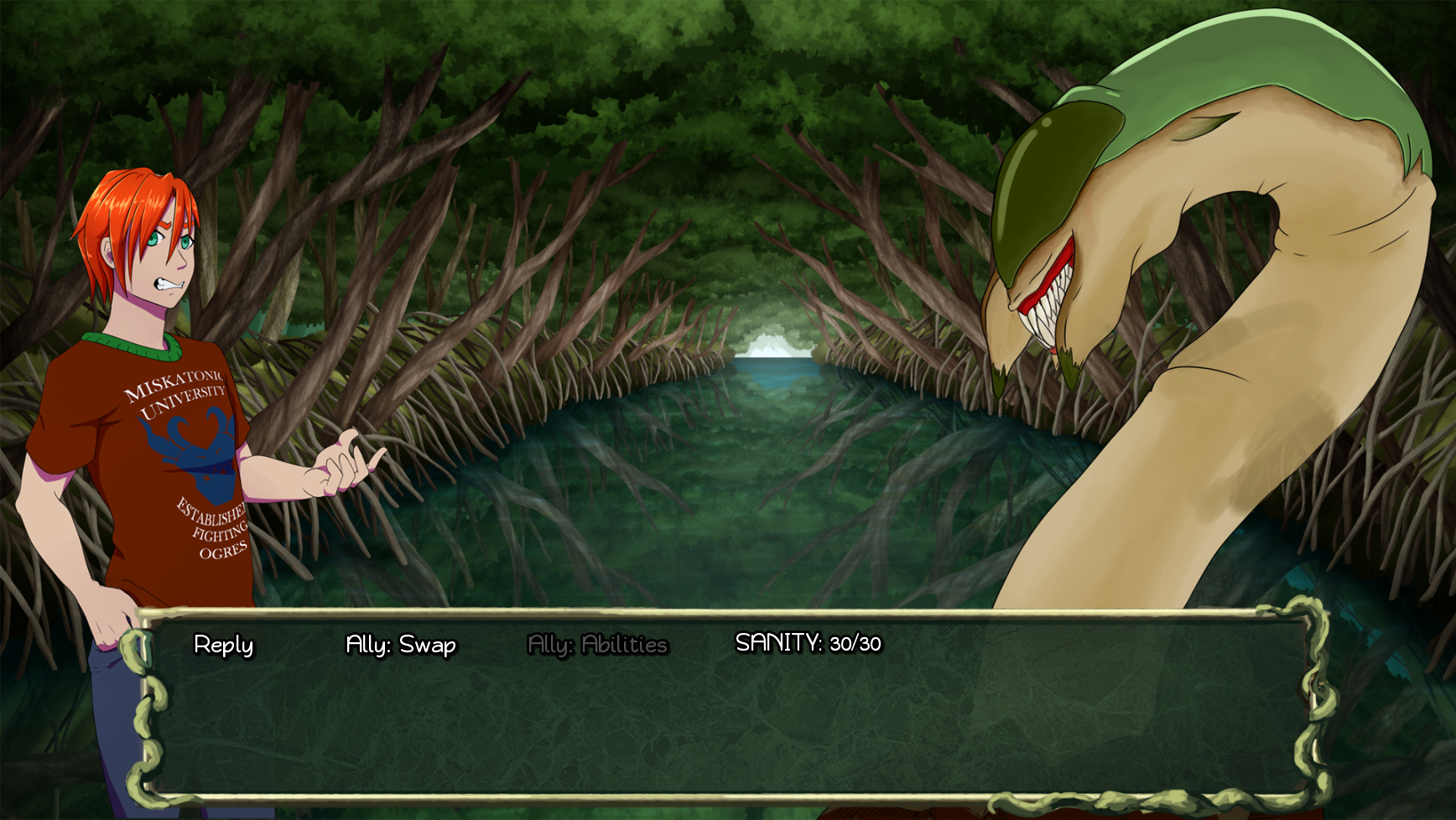 THE LOVECRAFT APOCALYPSE IS TOTES ON. The Old Gods are cold. Calculating. Ever waiting. Ever patient. Slumbering towards that day in which the cosmic apocalypse beckons. And then somebody just has to pull a Leroy Jenkins and start the fun early. Perry Hollycraft has been called out of 'retirement' (i.e. the death plane known as the Dreamlands) in order to figure out what Old God did what, when, and why. The rest of the pantheon isn't too happy that the apocalypse has been called early. With Gods fighting among themselves in a bid to take advantage of the situation, and the rules thrown out the window, Perry has more than their work cut out for them. Who do you trust (your party members, probably)? Where do you turn (the available hub areas)? How many endings in this game actually differ from one another (we cut it down from twelve to five, but mileage may vary)? Do your choices matter (it depends on how you define 'matter' in the context of a video game)? When will this structure of questions end (now)? To destroy humanity, they'll need to save it. FEATURES Broadcast in glorious 1920x1080! A brand new, 100% deeper Argument System! What's more revolutionary than a silent protagonist for the first game? How about a COMPLETELY SILENT SEQUEL?!?! LIKE, RIGHT???? 15 party members, ranging from Army 1 party to Army 1 NPCs to newbies! More skill options and more attributes! NOTE: Contains mild language and mature themes such as innuendo, drug use, etc.; nothing TOO explicit.