If you are looking to run Super Rebellion on your PC, it's good to take a look at the minimum requirements and see if you can REALLY run it. 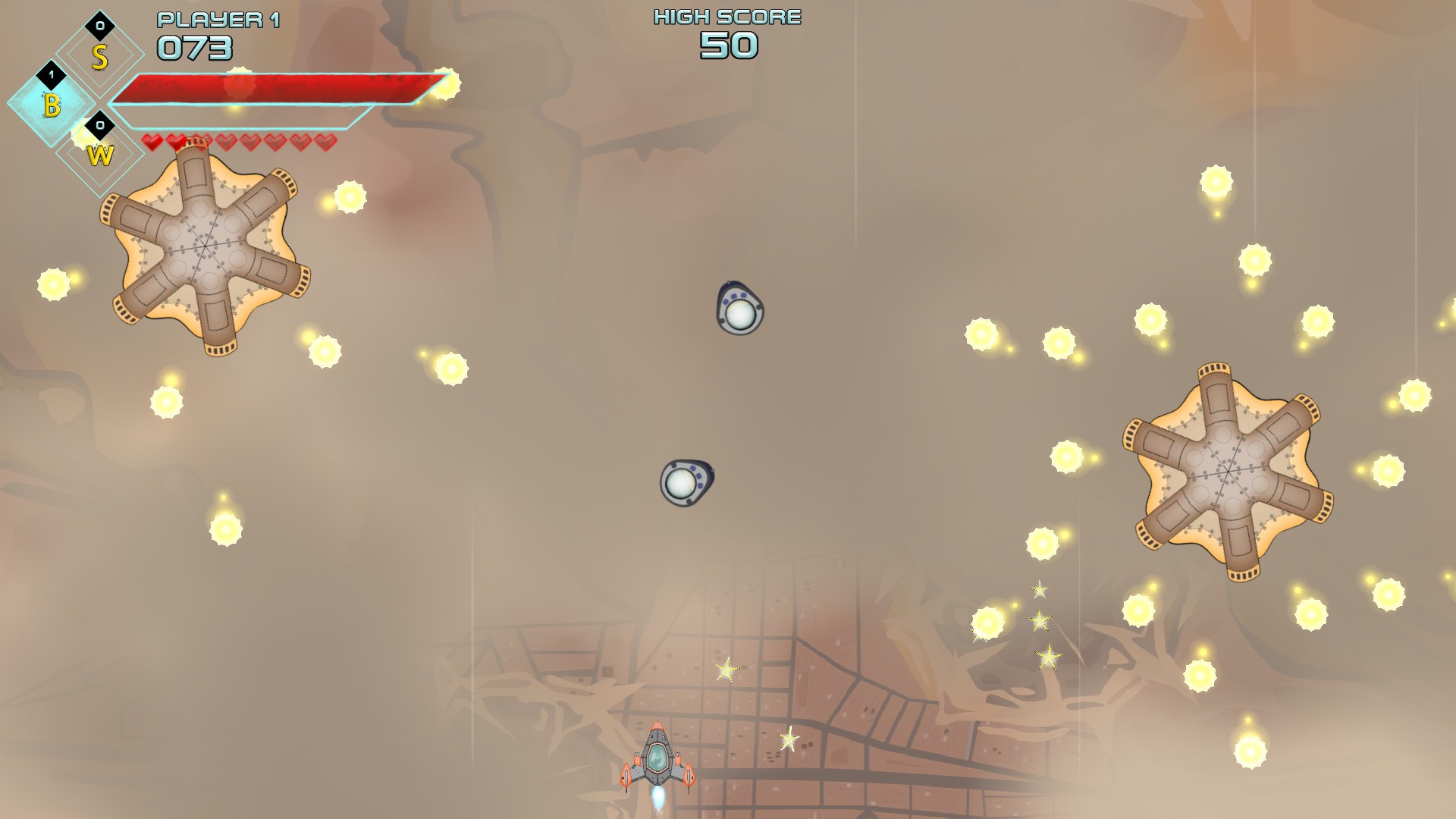 Something happened in the year 203X. The humanity succumbed against the power of a aliens intergalactic empire, but managed to organize and establish a resistance army. While their troops advanced in towards the Capital of the Aliens Empire on the Earth (CAEE), an squad was sent to fight against a fleet of more then 2,000 enemies spaceships that was positioned on the Earth orbit. Enlist to the Rebels army and boarding in a space ship toward the fatal destiny. Super Rebellion is a shoot 'em up arcade.The game has a ranking online, special attack and an exciting gameplay. Besides that, the history was inspired in japanese series, movies and musics. All from the 1970s, 1980s and 1990s.Use special attacks on the crucial moments!The special attacks are limited. They can be used when the item be collected. Use this with a strategy to defeat the enemies. With a simple command, you init a attack that can change the story.Where can you arrive?The game has a limited number of life, six stages with a semi-procedural programming and a challenging difficulty level. The last stage (Episode 6) doesn't have end, making the game infinity to get up your score in the ranking. You participate in the story according to your performance. The game have some finals that are showed when you are defeated. That is it: the finals show up on the Game Over! Where can you arrive? Be a legend, an hero or stay in anonymity. Try save the humanity! - Various references: There are characters from fiction and the real life, bands, musics, animes, movies and series; - The plot was inspired by the old Japanese series; - The soundtrack was inspired in animes, Tokusatsus and rock bands of the 80s; - Mix of retro and modern; - Frenetic battles with the bosses; - Six different finals; - Multiplayer local coop; - Ranking online; - Semi-procedural development; - Spaceships and characters unlockable; - Several stages with increasing challenges; - Three levels of difficulty; - Bosses and semi-bosses; - Items to help you; - Spaceship select / characters;

Super Rebellion is avaible for macOS and PC.