Minimum requirements to run The Night of the Rabbit on PC

If you are looking to run The Night of the Rabbit on your PC, it's good to take a look at the minimum requirements and see if you can REALLY run it. 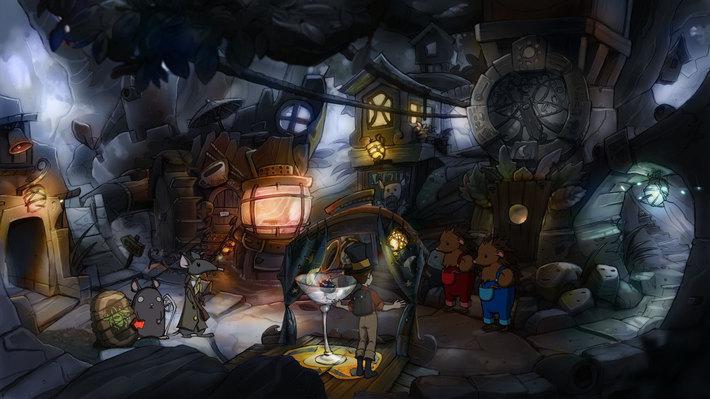 Minimum requirements – The Night of the Rabbit

Recommended Requirements – The Night of the Rabbit

###The secret formula The game - developed and published by German studio Daedalic Entertainment for Microsoft Windows and OS X in the spring of 2013. In the last days of the summer holidays, twelve-year-old juggler Jerry Hazelnut finds a recipe for a secret formula with which can create a carrot flame. Mixing all the ingredients, Jerry stumbles upon mysterious suitcase. Inside is a magic wand and hat, which later turns into a white rabbit. His name is Marquis de Hoto, and he tells Jerry about the existence of an infinite number of parallel universes. ###Key features The gameplay is based on the basic principles of point-and-click adventure games: the player controls the main character with the mouse, manipulates objects from the inventory and tries to solve with their help puzzles. The items can be used by themselves or mixed before use. Jerry has a special coin that can find hidden magic. Its usage also highlights all usable objects on the screen which significantly simplifies the game. In addition to other items, on the game levels are scattered collectibles, like stickers and audiobooks. They almost do not affect the gameplay, but by collecting them, the player can get an achievement on Steam and some information about the game world.

The Night of the Rabbit is avaible for PC and macOS.