If you are looking to run Titan Attacks! on your PC, it's good to take a look at the minimum requirements and see if you can REALLY run it. 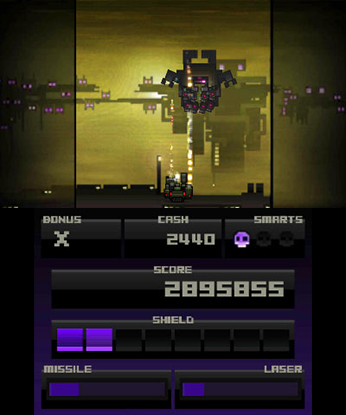 Titan Attacks is a fixed shooter, reminiscent and inspired by the games like Space Invaders, where the player is taking control over last surviving tank on the planet and has to defend the Earth from the swarms of alien ships from the largest moon of Saturn – Titan. While defeating the aliens, the player will collect money that can be spent to upgrade and strengthen up the tank. Not only Titan Attacks brings classic arcade shoot ‘em up genre, but with several twists. Previously mentioned upgrade system, new strategies, new enemy types, and neo-retro visuals are forming fast-paced and intentionally addictive gameplay. The game consists of 100 levels, forming five distinct worlds to play through Earth, Moon, Mars, Saturn, and Titan. At the end of each world is a boss fight against the largest and strongest enemy ships. It received a universal 7/10 score across multiple rating systems.