Minimum requirements to run Trial by Viking on PC
ExploreFresh

Minimum requirements to run Trial by Viking on PC

If you are looking to run Trial by Viking on your PC, it's good to take a look at the minimum requirements and see if you can REALLY run it. 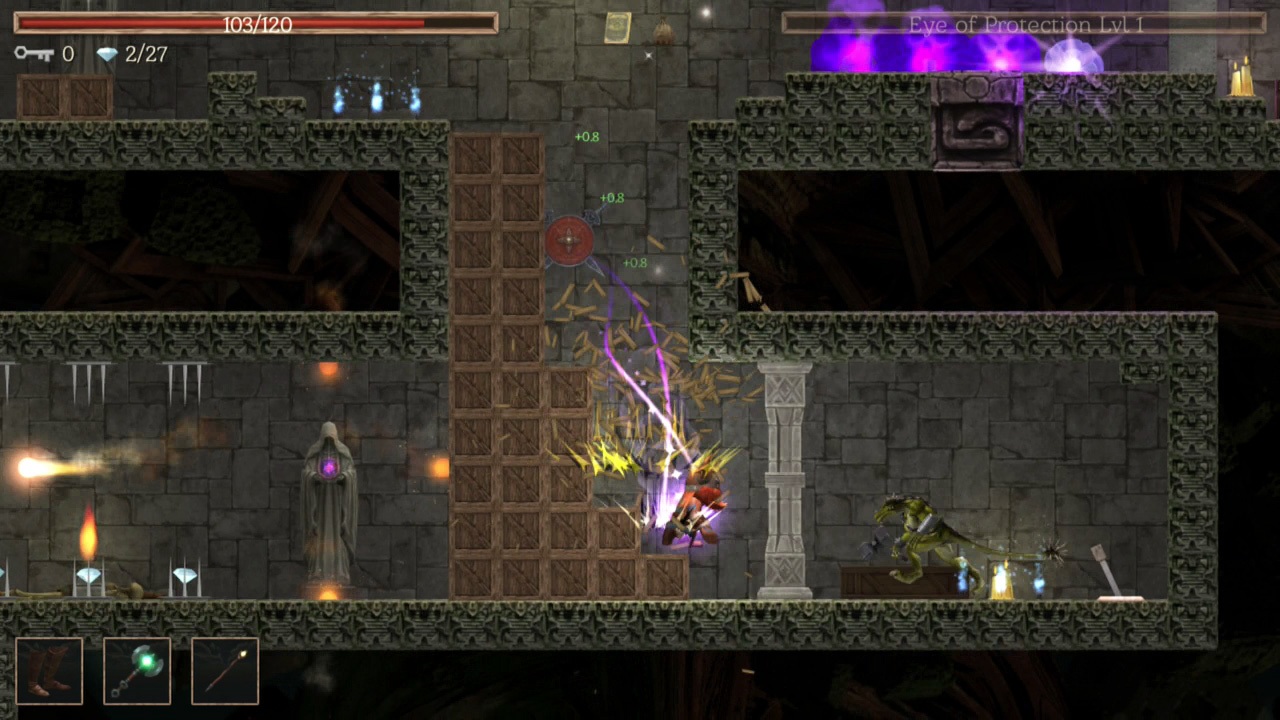 Trial by Viking is a deep action adventure through the dark worlds of the Norse gods. As an agent of Odin, you will explore cavernous dungeons hunting for treasure, race for your life from surprise traps, and have vicious axe battles with blood-thirsty kobolds. Loki has left some tricky obstacles in your path, but you will find powerful equipment, trusty friends, and many secrets to help along the way. If you make it far enough, you will even learn to dash through enemies, jump off of walls, and fly swinging through the air using your trusted grappling hook. Are you viking enough to face the worst terrors the nine worlds has to offer?FeaturesMetroidvania-like character upgrades that help you access new areas Character points allow you to specialize your character stats Morph into a polar bear Keys, switches, gears, air vents, ropes, hidden areas, puzzles, and other tricky elements Control a valkyrie as you fly through mazes of hazards Power ups like mini viking, metal viking, and time slow Ride on the claws of a great owl like a zip line Epic boss battles Sail a viking long boat while having axe battles with orcs Narrative decisions that will steer your fate toward one of two final boss battles Occasionally-crazy ragdoll physics Controller support 130 levels, over 80 unique enemies, and 27 intense boss battles Available on Win/Mac/Linux 'With an incredible variety of combat abilities, equippable weapons, abilities, and passives, the game will both empower and challenge the ever-loving crap out of you. This is a compelling universe with fantastic art, music, and tons of content that’s not to be missed' - Seattle Indies Expo jury 'This game has some of the best level design I have ever seen for a platformer' - The Insatiable Gamer Winner - 2015 Taco Bell Indie Game Garage Official Selection - Indie MEGABOOTH 2016 PAX East Nominated for Best Desktop Game - 2016 Game Connection Development Awards

Trial by Viking is avaible for Linux, PC and macOS.