If you are looking to run Velvet Sundown on your PC, it's good to take a look at the minimum requirements and see if you can REALLY run it. 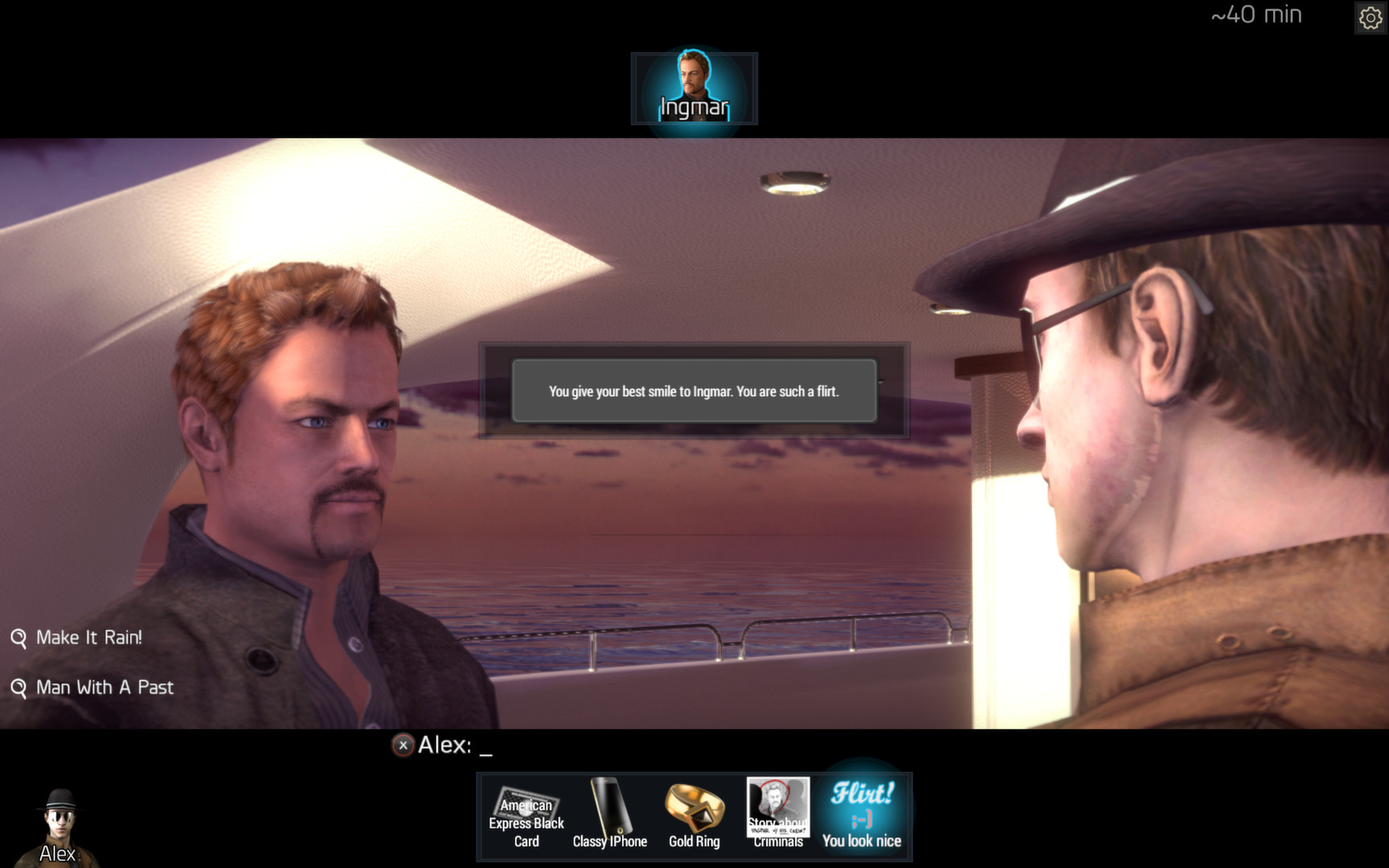 Jump into the role of a star and experience a new type of social gameplay! Velvet Sundown is a social multiplayer role-playing game, taking place on a luxury yacht cruising the waters of a fictitious Caribbean state of Balbonia. Embark on a journey full of conspiracies, trickery and secrets where you can never tell a friend from foe. In the beginning of each game you are assigned one of the 11 readymade characters at random. Each character has their own unique agenda to pursue, as well as a randomized goal to strive for. Fulfilling your objectives might not be as easy as it seems though: as everyone else has their own secrets, some of the people aboard might not be as willing to co-operate as you would like. It is up to you to use your cunning, wits and social skills to get what you want and avoid spilling your own secrets. The scenarios are always multiplayer and require a minimum of 4 players, which means that every character you see is played by a real person. This also means completing quests always requires freeform chatting and interaction with the other characters. Velvet Sundown is based on the Dramagame engine developed by the Finnish game developer Tribe Studios Ltd.Key Features The first entertainment title ever to use revolutionary Dramagame mechanics and technology Endless replayability: players' actions affect how each scenario plays out, so every session is truly unique Uses high-quality text-to-speech technology by Acapela to enhance immersion No grinding, no killing, no looting – just 100% pure role-playing

Velvet Sundown is avaible for PC and macOS.