If you are looking to run Volkstein on your PC, it's good to take a look at the minimum requirements and see if you can REALLY run it. 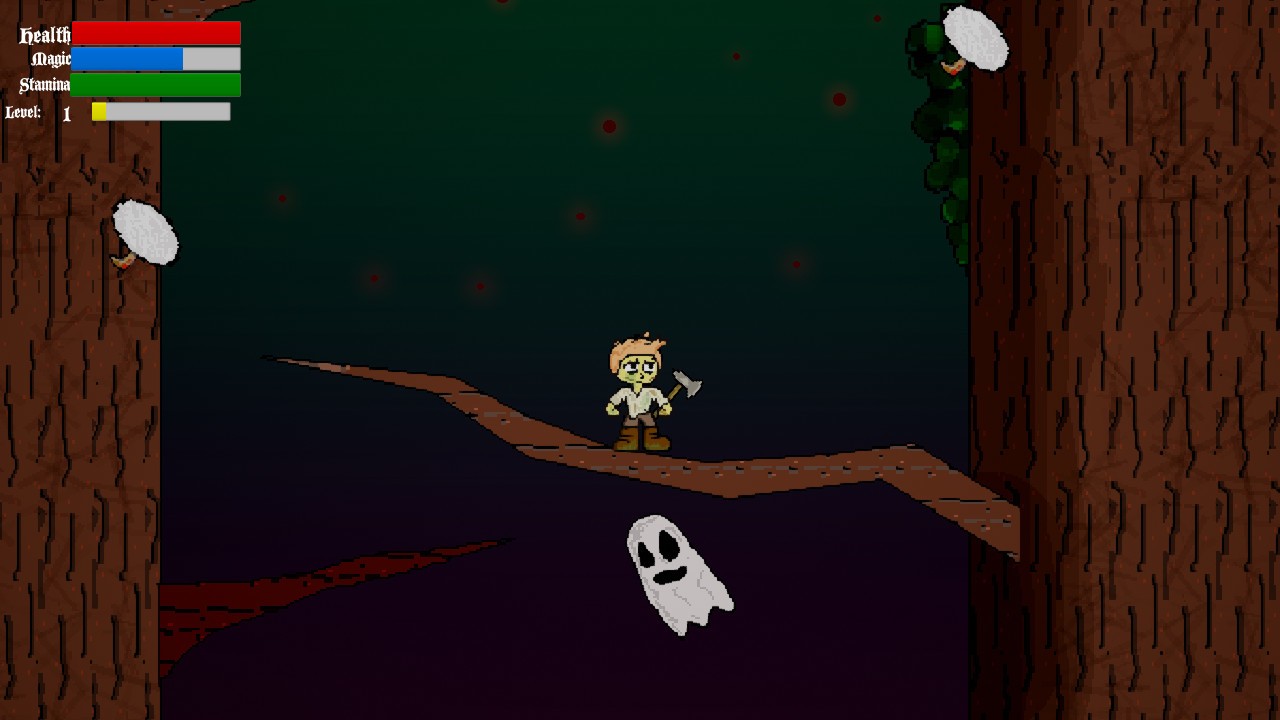 the story In the land of Volkstein, an insidious presence once confined to the dark ethers has clawed his way back to sow chaos and destruction. He is Ouvbane. And he is angry. Rightfully so too, all things considered. He was stuck in limbo for a couple thousand years. And all because he’d tried to make the world a more interesting place. After all, how much fun is researching in the desert? Why not make the cyclops in that region man eating monsters, give them matching robes, and start a cult? And who cares about a benevolent, fair Baron in charge of a town? Ouvbane thinks he should infect him with a lycanthropic disease that’ll turn him and his people into the Grim. The Grim are much more funny! Ouvbane sits back, content with his work, then puts a witch as the head of an all-male Warlock University, traps the mountaintop peoples, and releases an alien onto the Darco lands.All This Without Kidnapping A Pretty Girl too! But contractually, he has to kidnap some girl. So he does. Only he choses the wrong one. You see, he took Cauflin’s wife. That’s not to say that Cauflin is a great and powerful warrior; he’s never learned a lick of magic or even picked up a blade. Never wandered the lands, survived the wilderness, or killed so much as a fly. No, Cauflin is a writer. Or rather, a wannabe writer who just happens to be in the middle of writing the Great Volkstein Novel. With his wife gone, however, he looks out the window and realizes the most terrible thing ever; he’ll have to get a real job…she was a breadwinner, the one who brought home the bacon and beer. He wouldn’t even know where to buy those things! Left with no alternative, Cauflin departs his home in search of his wife. Along his quest, he’ll meet monsters, madmen, insane orb monsters, bandits dressed as ghosts walking around in stilts, literal moosemen, bats of all varieties and a plethora of bosses who all seem to be demented in one form or another. And…his ex! Can he save his comfy lifestyle, his wife, and finally finish that novel? Or will he just fail because he’s pretty sure he will. He does that a lot. And the quest, now that he is looking at it, looks like a lot of walking. Like the whole country lot of walking. He might just stay home. Or become a bum. Who knows.gameplay Volkstein is a traditional 2d platformer blended with some light RPG elements. You'll be able to customize your leveling up, choosing health, melee boosts, armor boosts, or magical boosts with each upgrade. There are 8 different armors, a number of swords, and spells throughout the region. Each land in the game is unique and present their own challenges. The inspiration starts with Megaman and extends to Morrowind.

Volkstein is avaible for ['PC'].