Minimum requirements to run Warships On The Halloween Night on PC

If you are looking to run Warships On The Halloween Night on your PC, it's good to take a look at the minimum requirements and see if you can REALLY run it. 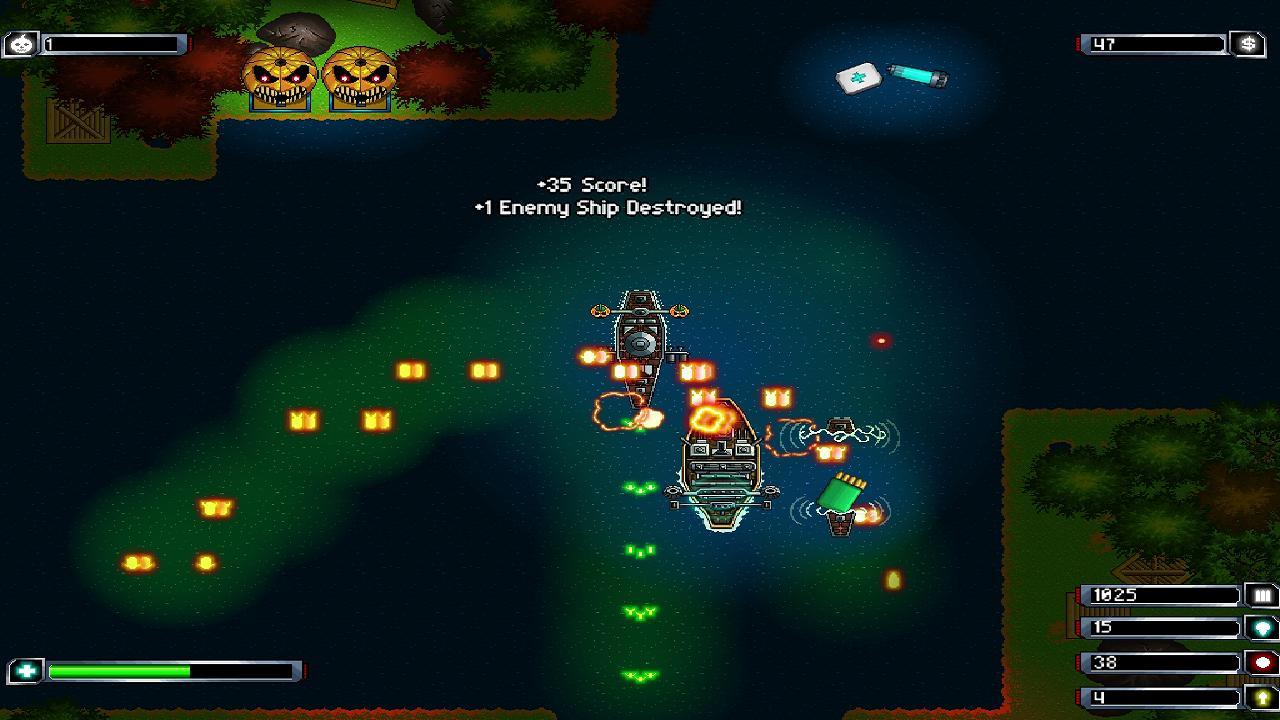 Warships On The Halloween Night is an extreme Top Down Arcade Shooter game based on the naval war which broke out between the Human beings and the Living Pumpkins. During the early 2000s, the living pumpkins were spotted for the first time in the forest of North Carolina. There were many conspiracy theories regarding the mysterious appearance of the Living Pumpkins also known by the name 'Pumpkin Man' or 'Pumpkin bots'. It was assumed that these Pumpkin Bots were some sort of extraterrestrial beings who appeared for the very first time during the Halloween Night. However, they were secretly building their underground military base somewhere in the US. It was reported that they were building modern warships and turrets in secrecy. As soon as the US Government came to know about that secret underground base the US navy had been instructed to take a deep dive into the matter. In 2018, some of the US battleships were attacked by a few Pumpkin Head battleships which resulted in the war breaking out between the US military forces and the Pumpkin Bots. On the Halloween Night, the US Navy launched the modern warship called 'USS Special' to destroy the Pumpkin secret bases, battleships, turrets and the bots to reinstate peace in the world. Who will win in the end? Key Features: 20 Levels to Play!Different kinds of battleships and turrets.Four firing modes including primary, secondary, tertiary and missile.Challenging situations and hard to master.Easier controls. Note: I am a solo developer and I have done all of the graphics, animation, artwork, programming except for the music. Thank you! I hope you will enjoy the game.

Warships On The Halloween Night is avaible for Linux and PC.