If you are looking to run Wild Glory on your PC, it's good to take a look at the minimum requirements and see if you can REALLY run it. 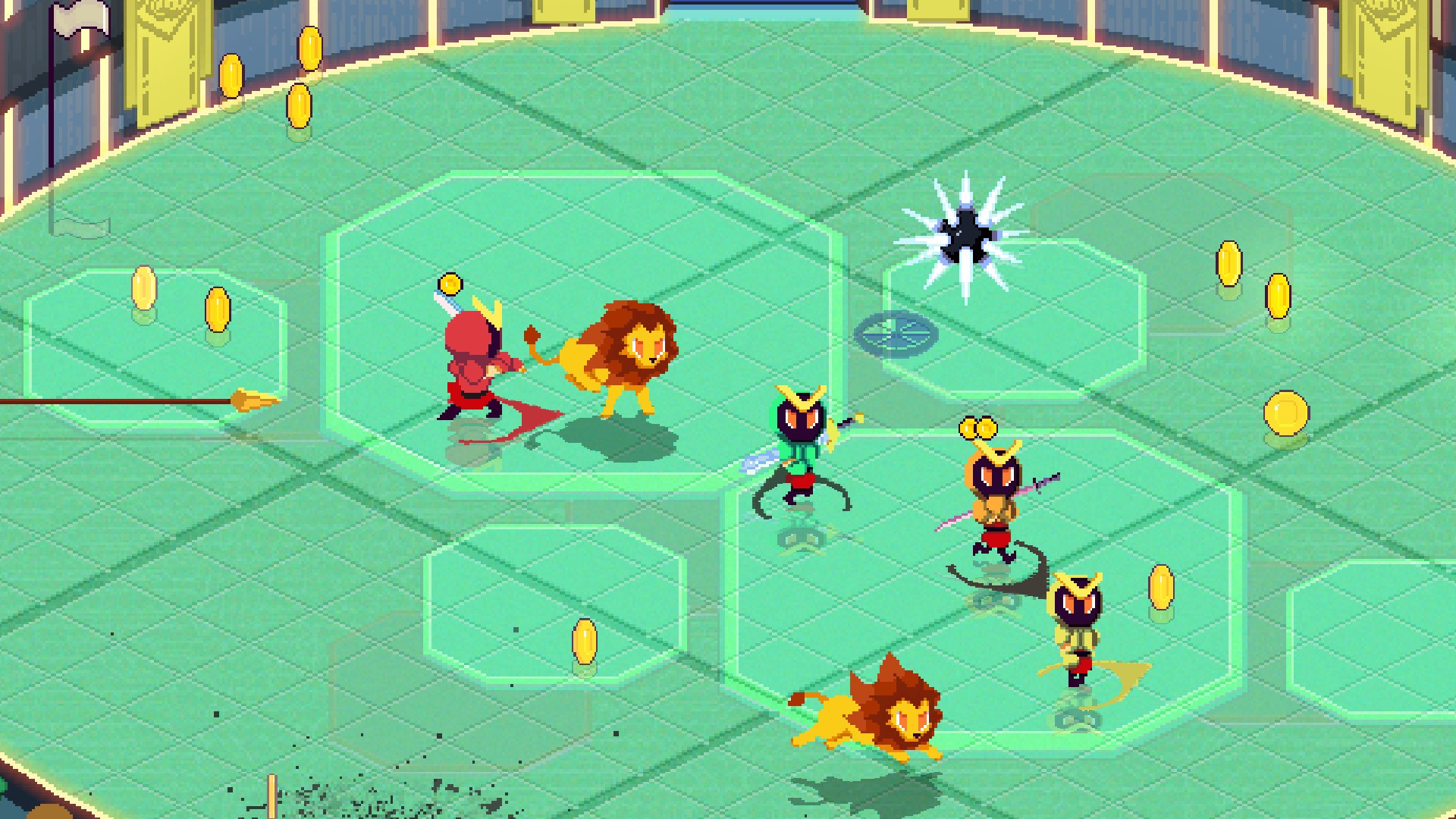 Wild Glory features quick matches, where the gladiator who claims most of the Coliseum crowd becomes the acclaimed Champion! Use several types of weapons, such as bombs, lions, force fields, and even the thunder hammer! It is great to think that the more the better, and because of that you can play with up to EIGHT FRIENDS! This local party game also features Gladius Bots, if you need them. > Game Modes - CLASSIC ARENA Classic Arena is the main game mode, where you fight with other players to conquer the crowd. As the crowd gets excited, they will drop items and even release lions in the arena! - LION ATTACK Survive endless waves of ferocious lions and evil gladiators with your friends in this coop game mode. Fight to get better items and try to get as far as you can! - SHARP SHOOTER Sharp Shooter has no real reason to be named like this, but in this game mode, you will find raw fights! Finishing your opponents will lead you to worse weapons, and the first one to pass through all weapons wins the battle! - EXPLOSIVE SOCCER In explosive soccer, attacks are not effective at all, but bombs are always unstoppable! Collect snowballs to freeze players and hit the bomb to explode other gladiators! - HAMMER FLAG In Hammer Flag, you can hold the Golden Flag to collect coins over time, or you can DESTROY other players and STEAL THEIR GOLD! At the end of the match, the gladiator who collected more coins becomes the… Coin Champion!

Wild Glory is avaible for Linux and PC.