If you are looking to run World War Party: Game Of Trump on your PC, it's good to take a look at the minimum requirements and see if you can REALLY run it. 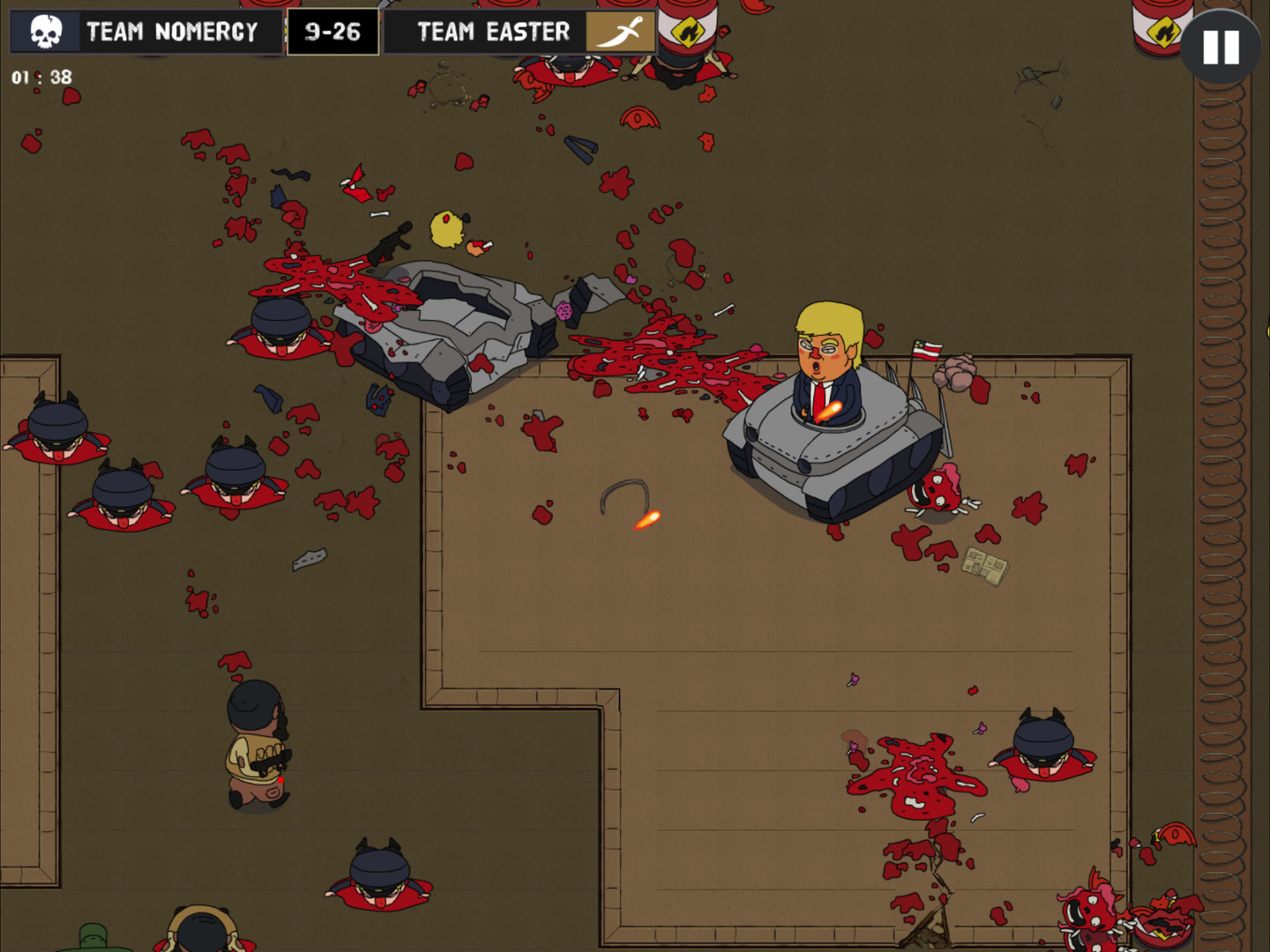 If you love the President, good for you. If you don't, let's have some fun! If you love shooting the ever living crap out of everyone and everything without remorse, we have the game for you! Blow the German Krauts into smithereens on the battlefield and raise the proud American flag with the Muricah or Annihilate the Alakbas and Kimchis, it has never been so fun and fulfilling. Ever, period. This isn't just a game, this is the most exhilarating, graphic and jaw dropping game where no one is best, and everyone is just a little less crap. Join the battlefield in one of two teams, 8 real players in total, 4 in each team. Maybe your friends can join in too, if they can look past the GORE. Pick a bone with the old World War buddies and recreate the Great War on the battlefield! But remember, President Trump will be on the great metal war machine and ready to take your attacks all day long! Sure you can hit the others on the battlefield, but Trump is your main target, destroying him means business! Remember to pick up some ammo on the way, so you have a chance against the President's mechanical doomsday contraption! There's rifles, landmines, and shotguns! It's most insensitive way to take the 80 year old revenge, and it is the most satisfying. If your idiot butt forgot to pick up that ammo on the way, and your weapon jams up because you forgot to clean it, press the boost button and spear the propagandists right in the chest, and take, them, down. Tanks spawn too sometimes, only when Trump breaths heavily on your neck really hard, that hardcore killing machine takes down hundreds, even thousands of the foot soldiers and it is ghoulish! Don't fall into the trap and join any team they throw you in, choose which team you want to join first, because, free will, and play your friends over local Wi-Fi or the internet, it's literally a blast, okay. The most exciting game to play with your friends! If they're too busy for your game, grab them by the.. Arm and drag them into the battle arena! Team death match just got a whole new meaning, have fun with this new team game, collateral damage is just another way to take down the real enemy. Get set, get loaded and remember, don't start World War 3.

World War Party: Game Of Trump is avaible for macOS and PC.