If you are looking to run Zvezda on your PC, it's good to take a look at the minimum requirements and see if you can REALLY run it. 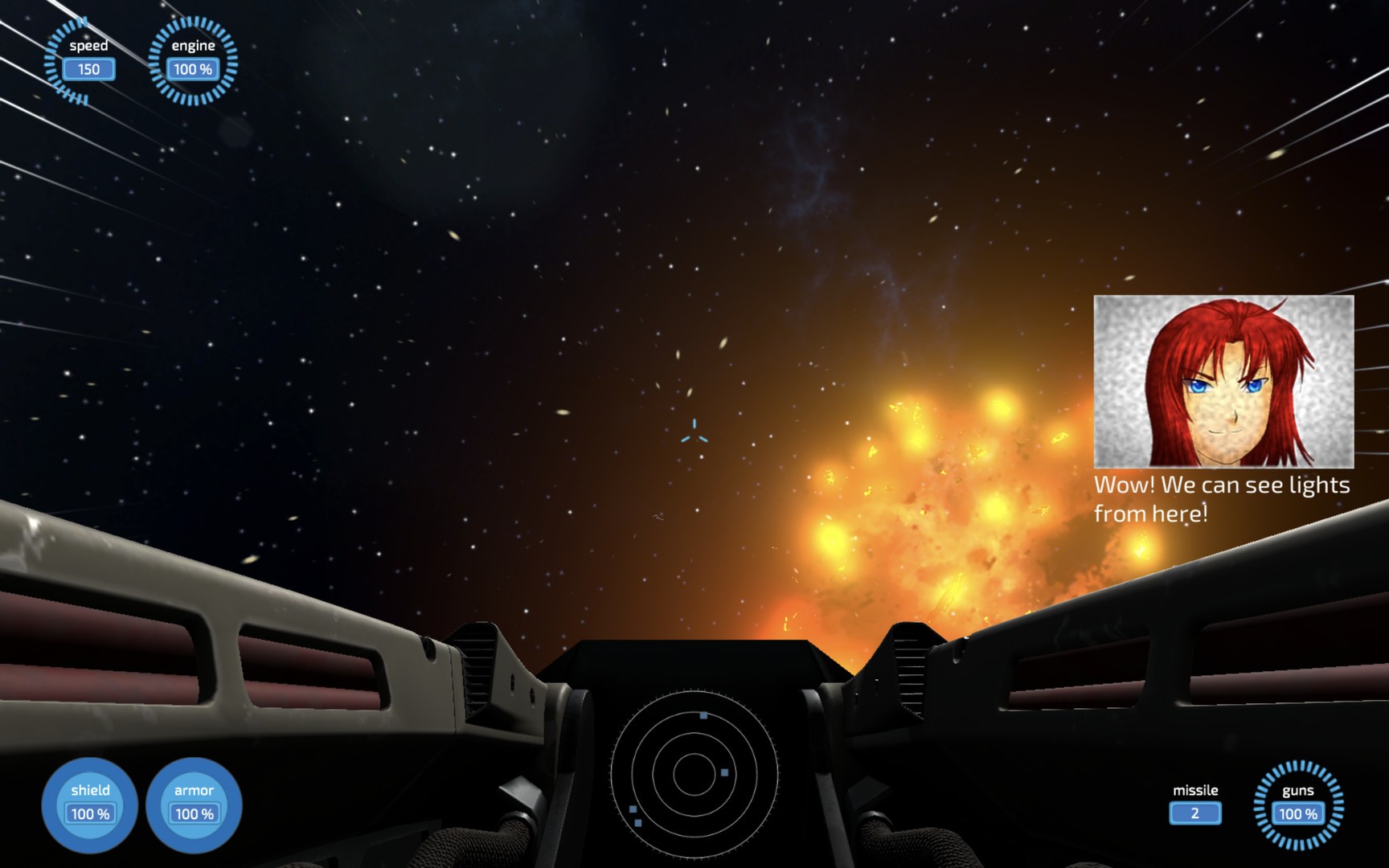 Zvezda is a 3D space combat simulation. It is inspired by games such as Wing Commander, Freespace, X-Wing... You are a pilot of space fighter, a small but destructive space ship, fully armed with plasma guns and missiles. Your carrier, Zvezda is cut behind enemy lines and through ten missions, you and your team try to strike back at merciless enemy. Missions consist of defending your carrier, flying reconnaissance missions and destroying enemy capital ships. Typical mission starts with briefing, where you will learn about mission. Than you will take off from carrier and will then navigate (hyper jump) from waypoint to waypoint. At each way point, you are expected to clear enemy presence and defend our capital ships. Typically, you will fly with a group of wingmen. Games is best to be played with a joystick, since game is quite demanding, at least at high difficulty. Joystick adds much fun into gameplay. It is strictly single player, with emphasis on flying and fighting and not on trading, building or strategy. Please also refer to 'Early Access' section for in-detail description of current state of game development. Default keys: M- missile Left ctrl - guns J - jump C - communications T - target enemy F - target friendly W,S - throttle ( or joystick throttle) Tab - turbo (or mouse wheel or joystick throttle) Arrow keys - rotate (or mouse or joystick) space - center on target

Zvezda is avaible for macOS and PC.